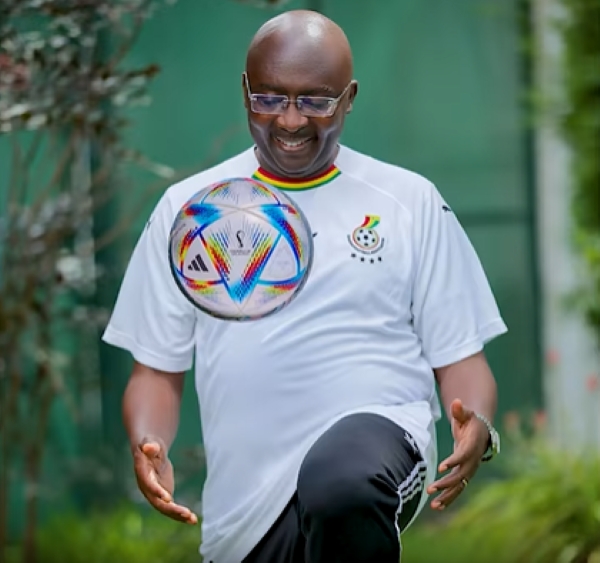 The Vice President of the Republic of Ghana, Dr Bawumia, displaying surprising football skills to encourage the Black Stars and rally support from citizens

In a viral video, the Vice President of Ghana Dr Mahamudu Bawumia has been captured displaying surprising football skills hitherto unknown to citizens.

In a number of scenes, Dr Bawumia can be seen toe-tapping like a professional footballer.

Perhaps the most surprising feat in the video is when the 59-year-old statesman, in glasses, pulled off the rainbow stunt: flipping the ball over one's head from inbetween the feet.

In the final scene, the Vice President is seen with ball held against his waist on his left rallying support for the Ghana Black Stars: "The moment has come for the Black Stars to take on the world."

"We have a group of talented players, who have been selected and they cannot be intimidated by anyone," he added.

"I want to urge the Black Stars to go on and play their hearts out for Mother Ghana," he motivated. "We can stand the world, we have done it before and we can do it again."

"They should go out and emulate the historic deeds of their predecessors," the Vice President stressed and prayed: "God bless you all, we can do it. Go, Ghana, go! Go, Black Stars, go!" 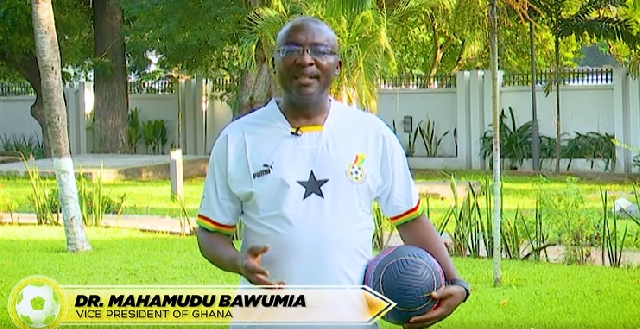 Gloria Adu: "Can’t he use this skill to bring the cedis back to life."

Hardi Diouf Wun-nam: "The "tactics" can't be used to arrest the dollar."

Francis Koomson: "Very skillful and still strong at your old age your Your Excellency!"

Ghana, led by Coach Otto Addo, in its first Group H match goes up against Portugal tomorrow, Thursday 24 November 2022, at the 974 Stadium in Doha.