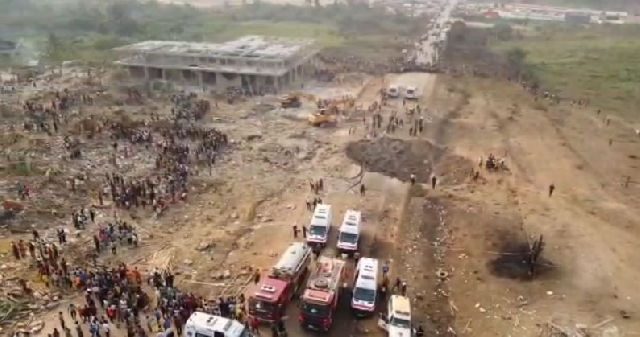 View of the destroyed landscape

The Minister for Lands and Natural Resources, Samuel Abu Jinapor has directed the Chief Executive Officer of the Minerals Commission to interdict the Chief Inspector of Mines with immediate effect, pending the ongoing investigation into the huge explosion at Appiatse near Bogoso in the Western Region.

This is because pursuant to regulation 2 of the Minerals and Mining (Explosive) Regulation, 2012 (L.I 2177), the Chief Inspector of Mines is the chief inspector of explosives, and is responsible for the supervision of the manufacture, storage, transportation, and use of explosives for mining and mine support services.

Apart from his interdiction, the CEO of the Minerals Commission has also been directed to suspend the registration of Maxam Company Limited with the Commission, thereby precluding the company from the manufacture, transportation and or supply of explosives for mining operations, pending outcome of investigations into the matter. 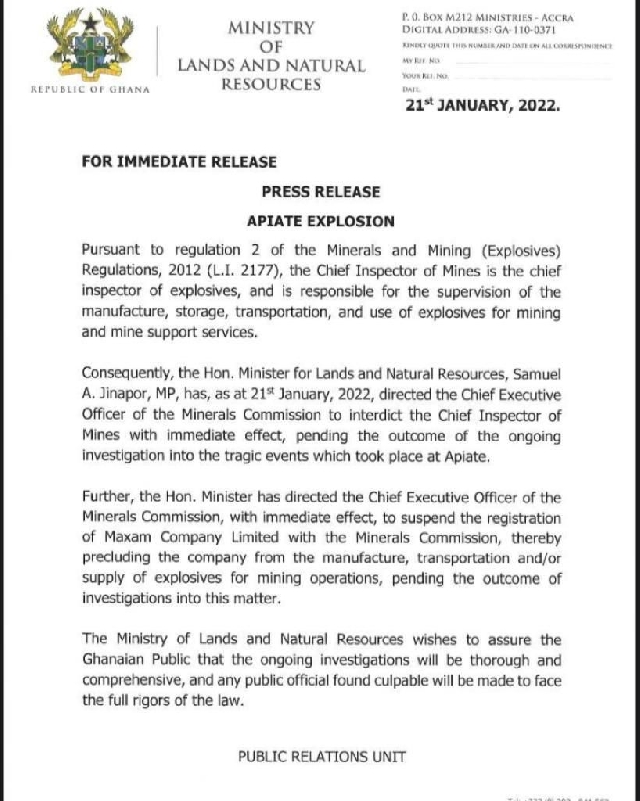 Seventeen people have so far been confirmed dead in the huge explosion.

The explosion occurred when a truck conveying explosives owned by Maxam Limited was involved in an accident with a motorcycle and a third vehicle close to an electronic transformer.