Gas tanker drivers and LPG Marketing Companies have called off their strike.

The strike resulted in scarcity of gas for domestic and commercial use across the country.

Apart from their poor working conditions, they also cited the ban on the construction of gas stations across the country as a major reason for their strike.

They threatened not to return to work until their grievances were addressed.

On, Thursday, 4 August 2022, Government lifted the ban on the construction of Liquefied Petroleum Gas (LPG) stations in the country.

Due to that the gas tanker drivers and LPG Marketing Companies at their meeting with the National Petroleum Authority and the Ministry of Energy called off their five-day-old strike. 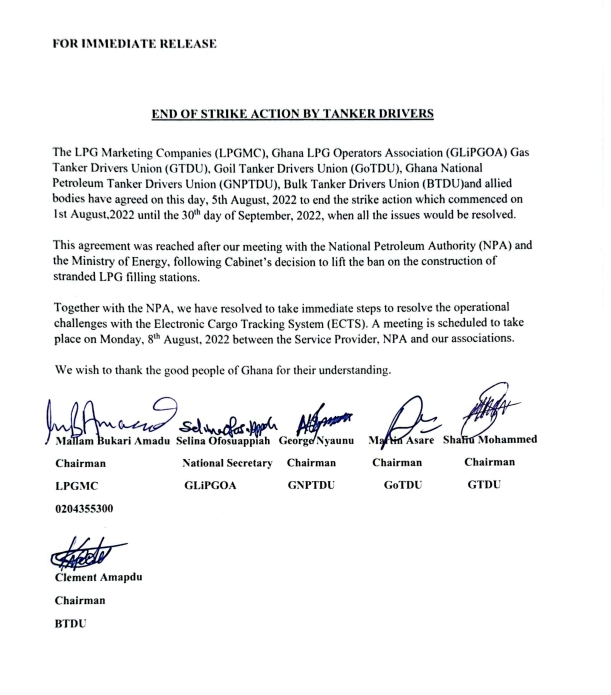