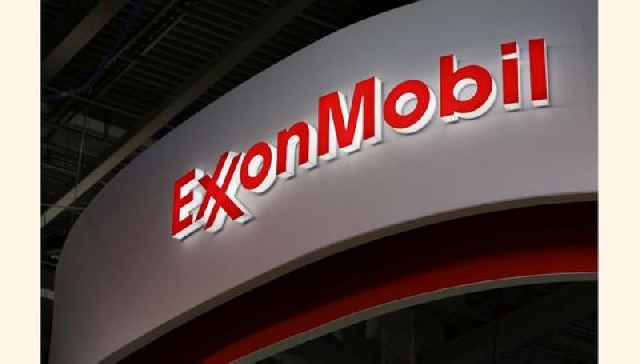 The goal is to rebuild balance sheet capacity to manage future commodity-price cycles while working to maintain a reliable dividend for its shareholders.

The next is focusing on mitigating climate risk and establishing new plans that are projected to be consistent with the Paris Agreement goals of reducing carbon emissions and risks associated with climate change. It is as a result committing huge investment to research, develop and deploy lower-emission technologies like carbon capture and storage, advanced biofuels, energy-efficient manufacturing, and Hydrogen.

Following the severe negative impact on its operations, the oil major has adjusted its capital investment plans, by reducing spending by more than 30 per cent going forward. It is developing plans that are more flexible to market conditions, and focusing on few priority areas that will deliver the strongest returns.

Based on that ExxonMobil is removing less strategic assets from its portfolio, and concentrating on high-performing chemical projects, refinery upgrades, and advantaged assets in Brazil, Guyana, Papua New Guinea, and the U.S. Permian Basin.

In Guyana, the estimated gross recoverable resource from the Stabroek Block increased to more than 8 billion oil-equivalent barrels, in part because of six additional discoveries made in 2019 and 2020. In the Permian Basin, production volumes have increased and remained on track to exceed 1 million of oil-equivalent barrels per day by 2024. In Brazil, ExxonMobil holds the leading acreage position among international oil companies, adding more than 450,000 acres in 2019, for 2.5 million net acres.

In the downstream sector, ExxonMobil remains focused on maximising value from its based assets through increased integration, utilization and efficiency. The company is strategically upgrading its portfolio through strategic divestments through its US$15 billion divestment program.

The re-organization along the value chain is to help ExxonMobil reduce operating costs and to improve on operational efficiencies, to better position the company for the future. This is the global position of ExxonMobil― not quite different for other oil majors, and other international oil companies.

The exit of ExxonMobil from Ghana is following a global trend, and consistent with the company’s global position of doing away with less strategic assets, and rather concentrating on high-performing chemical projects, refinery upgrades, and advantaged assets.

The decision to exit Ghana was easily made partly because the quantum of oil found during the initial exploration of the Deepwater Cape Three Points (DWCTP) appears not to fall within its threshold and therefore does not make commercial sense to pursue. Another likely reason could be the company’s expectation of Tax exemptions from the initial exploration activities, falling off the table. The exemptions if offered could have provided some form of free cash flow for the company to attempt drilling further wells to confirm the results or otherwise from the initial Seismic survey.

These domestic experiences of ExxonMobil Exploration and Production Ghana coupled with its global position of focusing on few priority areas that would generate decent returns, maybe influencing ExxonMobil to relinquish its 80 per cent operating stake in Ghana’s DWCTP block.

The exit of ExxonMobil comes at a time Aker Energy has postponed the development of the Pecan field in the Deepwater Tano Cape Three Points (DWT/CTP) block offshore Ghana, with a high possibility of exiting, if cash-flow constraint persist.

Currently, oil companies are struggling to raise funds for projects because a substantial amount of global capital is being directed at renewable energy projects, away from hydrocarbons. The shift follows the unprecedented political and business momentum renewable energy is currently enjoying, with the number of policies and projects around the world expanding rapidly.

The oil majors and other international oil companies (IOCs) are diversifying into renewables, motivated to invest heavily in renewable technologies and projects because that is where the cash is drifting.

The exit of ExxonMobil Ghana from the country, coupled with the delay to submit a Plan of Development (PoD) by Aker Energy Ghana while the energy transition is on, may result in the country’s hydrocarbon resources being stranded, thus denying the country of the badly needed revenue to support its budget.

The Government, as a result, has alternative options to explore in the immediate term and in the long-term, to exploit the country’s hydrocarbon resources for the benefits of the citizenry. Urgent action is required for the efficient exploitation of the resources as expeditiously as possible before the “Green” revolution, which is directing more focus into the renewable energy space.

The government may consider as part of the strategic options, to improve its fiscal regimes, review Petroleum Agreements (PAs), and resource the state oil company to achieve Operatorship status, without the usual political interferences.

First, it appears that the country’s take as “Royalty” and other related taxes are quite on the high side, in the face of changing market conditions. The government may therefore consider reviewing downwards Royalty and other tax rates, taking into consideration the energy transition taking place, and directing funds to “green” projects and away from hydrocarbons. This measure is to serve as an incentive for existing and potential players in the upstream petroleum sector to continue pursuing projects within the sector.

Second, Government may wish to look at the “up-front payments” that the country takes, as captured in the Petroleum Agreements (PAs) in the form of technology transfer and training. These upfront payments, which the oil companies are expected to make within 90 days and before undertaking Seismic surveys, is serving as a disincentive to the oil companies, particularly the smaller ones.

If the up-front payments that go as high as US$7 million are reviewed downwards, the savings could serve as free cash flow to the oil companies to deploy into their operations.

Third, the “exploratory period” can also be reviewed by extending it from the current 7 years (should there be no force majeure), to possibly 10 years. This is to give the companies enough time to acquire Seismic data, analyse the data, establish the existence of reservoirs of hydrocarbons, and reduce the number of dry holes.

Five, Government may want to limit its influence on the Ghana National Petroleum Corporation (GNPC), to allow its focus on hydrocarbons. The GNPC can be well-positioned to take up from where the international oil companies are stopping. Since these fields, particularly ExxonMobil’s are de-risked by virtue of the additional information gathered, the GNPC represented by its subsidiary Explorco can attempt to appraise the fields, and venture into full production if a commercial discovery is made. To beef up GNPC’s financial and technical capability, a strategic partner can be sought to develop stranded fields.