Be kind, not abusive – KiDi to fans, internet users 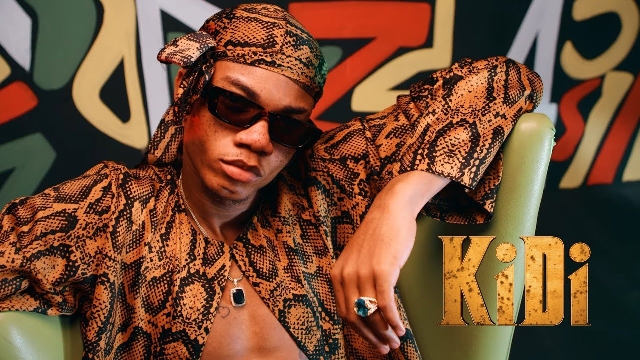 Lynx Entertainment star artiste KiDi has urged his fans to show kindness as against abusing people, especially on the internet.

The ‘Touch It’ hitmaker said this in a video attached to a written apology he tweeted on Thursday, 29 September, 2022.

In the short video, while concluding a performance on his tour in Europe, the multiple award-winning singer and music producer is seen telling his Reeperbahn Festival audience at the Mojo Club, Hamburg, Germany: “Before I leave, in this world today, where you can be anything you want to be, you literally can be anybody behind your phones; you have the choice to be whoever you want to be. I urge everybody to be kind. Be kind to each other. You get me.”

“It’s a pleasure doing this with you. Love. I appreciate you so much,” KiDi threw up the peace or victory sign with his left fingers.

The appeal from the musician comes on the back of uncovered abusive tweets he sent out between the years 2012 and 2014.

In some of these old tweets, KiDi had made some denigrating comments about then-President John Mahama, presidential hopeful Nana Akufo-Addo, actress Yvonne Nelson, rapper Sarkodie and footballer Asamoah Gyan, to name a few.

“Years ago, when I was young and ignorant and didn’t understand the implications and consequences of my words, I tweeted things that were inappropriate and unkind,” he began.

“As I matured, I came to be extremely regretful of these actions and how they affected the parties involved,” he added.

“I want to apologise again to everyone for the statements I made, and use this to remind us all to be mindful of the things we say and how they affect people,” the Lynx Entertainment star artiste urged.

This is the second time the Ghanaian musician is publicly apologising for mean tweets he sent out prior to his fame. The first time was in the year 2020.