'Wee toffee' got me 'mental' but don't take me to K'bu; they fart too much' – Funny Face to judge 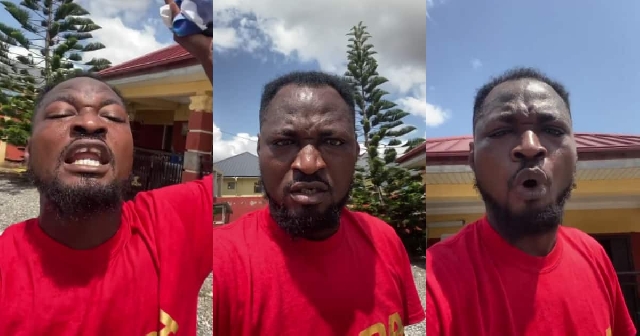 The actor, who recently went on a tirade and insulting spree on social media, told His Worship Kofi Oheneba-Kuffour on Wednesday, 20 October 2021, that: “My Lord, I have lawyers but I feel they shouldn’t come”.

“I caused my own problems because I didn’t take my drugs”, he added.

He said psychological trauma caused by his ex-wife’s actions, tipped him over.

“My Lord, I love girls [children] and once she [ex-wife] took the twins away, I went off”.

“She was pregnant when she left with my twins”.

“She knew I love children, so, she was playing on my mind”, Funny Face added.

He then went on: “My Lord, do you know Adebabayor? He is my friend. He gave me two cars. I insulted him. Fada Dickson, [too], I insulted him”.

“It is my friend who gave me ‘wee toffee’ when he was discharged from the psychiatric hospital”, he revealed.

Funny Face also raised an objection to a suggestion by the prosecution that he should be sent to the Korle-Bu Teaching Hospital.

He said he preferred any other hospital apart from Korle Bu since the people there fart too much.

Funny Face also apologised to fellow comedian Lil Wayne for wanting to beat him during one of their encounters at a media house.

Lil Wayne, who was in court to solidarise with Funny Face, told the court he bore no grudges with his embattle fellow.