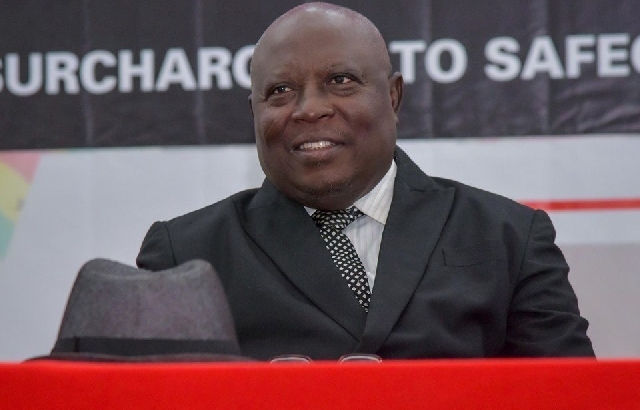 The cash docket on the alleged ‘missing’ $15 million oil cash intended for the development of the people of West Cape Three Points Area in the Western Region, appears to have gone missing.

This is because the Criminal Investigation Department (CID) of the Ghana Police Service has replied Special Prosecutor, Martin Amidu, that it cannot trace the docket.

Mr. Amidu had written to the Director General of the Criminal Investigations Department (CID) of the Ghana Police Service demanding for information and documents to aid the investigations being done by the Office of the Special Prosecutor.

He noted in the letter dated August 15, 2019 that “as the duplicate docket is always in the secure custody of the police CID and securely kept, the information and documents requested from the CID will greatly assist this Office in the ongoing investigations into the whereabouts of the USD15 million intended for the development of the people of the West Cape Three Points Area.”

But the CID in a response letter dated August 26, 2019, explained that it “could not locate the said docket after its strenuous efforts to find and submit same.”

The letter signed by Assistant Commissioner of Police (ACP), Isaac Quist, however assured Mr. Amidu of “CID’s support and cooperation in matters of professional interest.”

The response from the CID shows how some state agencies do not attach much seriousness to the keeping of records for high profile cases.

The Special Prosecutor had in his August 15, 2019, letter appeared to have accused former Deputy Minister of Justice, Dr. Dominic Akuritinga Ayine, under the erstwhile Mahama administration, of demanding the case docket on a $15 million payment without returning it to the Attorney General’s Department at the time the NDC was in office.

“Dr. Ayine called for the docket sometime during his term in office but never returned it to the Prosecution Division,” Mr. Amidu narrated in a letter addressed to the Director General of the CID of the Ghana Police Service.

The letter was in demand of information and documents to assist in the investigation of a case of alleged abuse of public office for private profit.

The case titled: The Republic Vrs. George Yaw Owusu has to do with the alleged diversion of an amount of $15 million reportedly paid to the Government of Ghana as part of corporate social responsibility for the development of the people of the West Cape Three Points Area in the Western Region by the E.O. Group.

According to the Special Prosecutor, the then Minister for Energy’s letter No. SCR ZA 40/200/01 date 21st July 2011 forwarding a “Memorandum On Consent Request..” and the Memorandum’s paragraph “3.0 Justification For Government Action” subsequently amended by the same Minister’s letter No. SCR 40/200/01 also dated 21st July 2011 changing “…the words in the following paragraph to fifteen (15)” million United States Dollars, “without any admission of guilt or liability for perceived wrong doing, to be used to execute projects of a social nature to benefit the communities affected by the WCTP block operations” are irrevocable commitments showing the condition precedent to the grant of the President’s Executive Consent.

It added that the Presidential Executive Consent was granted by the late Prof. John Evans Atta Mills accordingly on 21st July 2011 and the Minister of Energy at the time, Dr. Joe Oteng Adjei issued the consent and the transaction concluded.

It explained that the letter of indemnity was signed two years later by Dr. Ayine, then Deputy Attorney General and Minister of Justice, on or about 3rd or 4th of July 2013 allegedly on behalf of the Attorney General.

The Office of the Special Prosecutor alleged that “the amount of USD 15 million which was the condition precedent for the granting of the Executive Consent and the consent to transfer the shares according to intelligence was paid to public officers who did not lodge it into the public purse.