Call off your strike, return to the negotiation table – FWSC to CETAG, CENTSAG 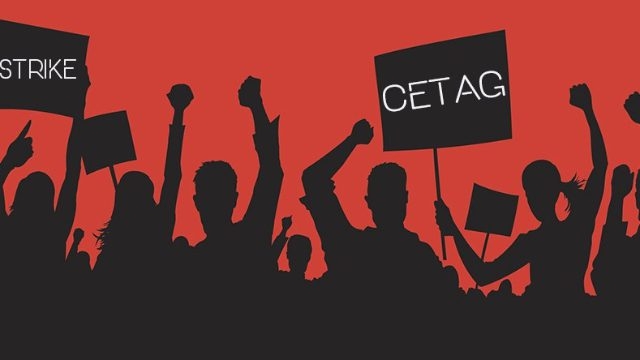 “FWSC is not aware of any such deductions,” it said in a statement.

It however requested the leadership of the unions to “furnish” it with evidence to enable it “deal with the issue.”

The FWSC also addressed the issues raised by the unions.

According to the FWSC, the government team began negotiations with CETAG on their conditions of service on “17 August 2022, where the rules of engagement were signed.”

The parties on “5 November 2021 agreed on all items presented by CETAG and were ready to sign an agreement.”

CETAG however requested that two of the items Non-Basic allowance and Research Allowance be merged and sent a letter officially on “25 April 2022,” asking for the merger.

After receipt of the letter, the FWSC noted it took steps to request for Mandate from the Ministry of Finance.

“On 30 May 2022”, CETAG shifted its position on the merger and rather asked for the “Approved research allowance for Academic Senior Members of Public Universities.”

Also, “on 3rd August CETAG submitted entirely new demands to the Government team for consideration which was a departure from all agreed items. The Government Team met with CETAG on 15 August 2022 to deliberate on their new demands.

“Government Team and CETAG met on 28 August 2022 to conclude negotiations but CETAG was unwilling to accept the counter-proposals by the Government Team.”

It further disclosed that: “At the last engagement with CETAG on the 27 October, CETAG requested to go back and explain the status of negotiations to their constituents. It was therefore a surprise that they issued a joint Communique with CENTSAG threatening to embark on strike action if their demands are not met.”

It also indicated that it invited CETAG to a meeting on 10 November 2022 in order to bring finality to the matter, but CETAG and CENTSAG declined.

Again both associations declined another invitation to a meeting on 14 November 2022,

The associations also declined a meeting with the Minister for Education Dr Yaw Adutwum on Tuesday, 15 November 2022.

“These unforeseen delays occasioned by CETAG’s continuous shift of positions have unduly stalled negotiations and the extension of CETAG’s Conditions of Service to CENSTAG,” the statement added.

The two unions began an indefinite strike in all 46 colleges of education across the country over the government’s failure to prioritise their welfare.

The unions said they are disappointed at the non-finalisation of Conditions of Service (CoS) negotiations, the unilateral determination of April 2023 by the Fair Wages and Salaries Commission (FWSC) as the effective date for placing First Degree Holders of CENTSAG on 17TH on the SSSS, undue delay by the Ministry of Education in responding to requests for payment of compensation among others.

They gave the government a five-day ultimatum last Monday to address their concerns or they strike.

Following the expiration of the deadline, CETAG and CENTSAG declared a strike on, Monday 14 November 2022 until their demands are met.