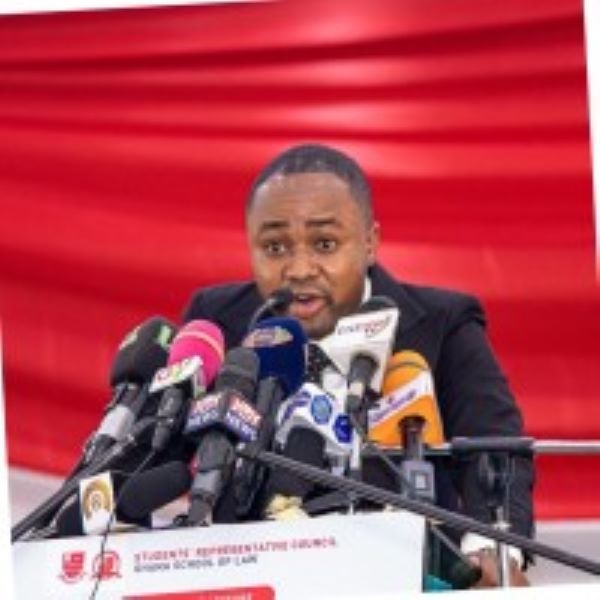 The Investigative Committee set up to probe allegations of financial malfeasance within the Students’ Representative Council (SRC) of the Ghana School of Law (GSL) has said the Momo business being operated on the SRC’s premises is owned by the embattled President Albert Wonder Kutor.

According to the report, “the merchant sim for the Momo business is registered in the name Wonder Consult, another sole proprietorship owned by Wonder Victor Kutor.”

It noted that: “There was no evidence of an executive decision taken by the SRC Executive Council for the operation of an SRC Momo business.

“The person running the Momo business, one Millicent Ohenewaa, was privately recruited by Wonder Victor Kutor and renders account to him only. She also receives allowances from him and not the SRC.”

It stressed that the SRC has “not received and does not receive any income from the Momo business and has no access to information on its transactions.”

Mr Kutor also “single-handedly selected those who travelled,” while the SRC Foreign Affairs Committee and other SRC Executives simply followed his instructions.

The committee further noted that: “Testimonies from the Chairperson of the SRC Foreign Affairs Committee and the SRC Secretary revealed that a visit to Uganda undertaken upon the SRC President's instructions, was poorly organised, left them financially stranded at different stages of their visit and exposed them to the risk of personal injury. They did not have travel insurance.

“The visit to Uganda largely failed to achieve its purpose since the students that the Ghanaian delegation met in Uganda were all at the faculty level. Further, their examination timetable was such that they would be unable to participate in the activities that the delegation sought to invite them for.”

However, the report explained that allegations that “Safo Kwame Oheneba, the SRC Secretary, had failed to present a report on the trip to Uganda and to account for GHS20,000 given to him for the trip are unfounded.”

The management of the GSL set up a three-member committee to investigate allegations of financial impropriety within the SRC.

This came on the back of the SRC President, denying claims of interdiction in connection with the matter, describing the move by the Executive Council as laughable and unlawful.

Mr Kutor was interdicted over allegations of financial malfeasance.

A statement signed by the Secretary to the Student’s Representative Council said the interdiction is grounded on, among others, a prima facie case established upon the probing of Wonder Kutor before the Executive Council on April 7, 2022.