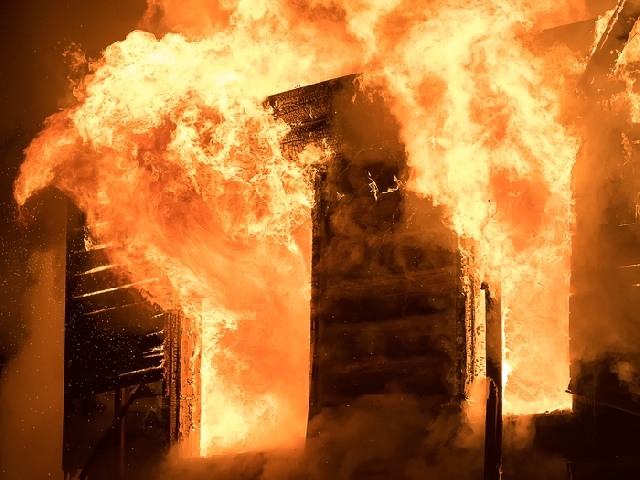 Fire has razed three shops and seven rooms in a compound house at Bantama near the office of the National Health Insurance Scheme (NHIS) in the Kumasi Metropolis of the Ashanti Region.

The fire started around 5:40 am from one of the rooms and spread widely to other rooms and shops in front of the house.

A swift intervention by firefighters who came to the scene with three fire tenders brought the inferno under control.

Properties including musical instruments, refrigerators, home theatres, among others amounting to thousands of Ghana cedis were lost in the blaze.

ACFO Henry Giwah, the Deputy Regional Fire Commander told Class News’ regional correspondent Elisha Adarkwah that they had a distress call from their control room and rushed to the scene.

He said they were able to confine the fire upon reaching the scene and brought it under control.

The cause of the fire, he said, is not yet known but investigations have commenced.

No casualties were recorded.

Some victims pleaded with the National Disaster Management Organisation (NADMO) and the government to come to their aid.