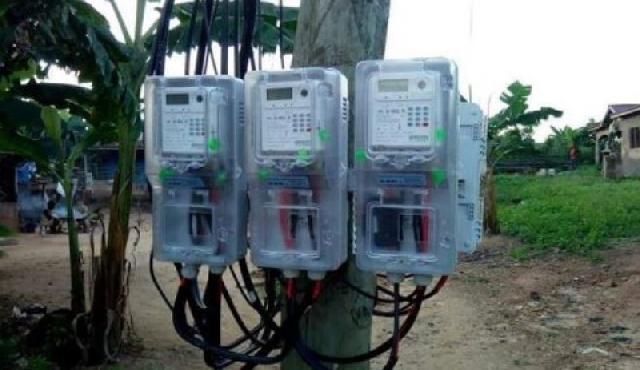 The Concerned Citizens of Kroboland has said not all communities in the area are opposed to the installation of pre-paid metres by the Electricity Company of Ghana (ECG).

According to the group, the densely-populated communities in Kroboland have not opposed the installation of the metres.

In a statement issued and signed by its Commissioner, S.K Tettey, the group said:“Lower Manya and Yilo Krobo districts have a combined population of about 243000 people,” with the major towns being: “Somanya, Odumase, Agormanya, Kpong, Nuaso and Akuse.”

It noted that: “The installation of the prepaid metres have been welcomed by all the densely populated towns which form the economic hub for both districts. Residents of Kpong and Somanya, which are the most populated towns in Lower Manya and Yilo Krobo respectively, have cooperated with ECG engineers on the installation of prepaid metres and have since been buying and using prepaid credit.”

It further noted that Kpongunor is “a minor community whose population is less than 6 percent of the entire population of Kroboland”.

It therefore inidicated that it is“unfortunate that the rejection of the prepaid metres by this minor community in Lower Manya Krobo is the grounds on which ECG has pulled off the plugs thereby plunging the entire Krobo area into darkness for over 14 days.”

The group therefore wants the ECG to deal with Kpongunor separately instead of the entire Kroboland and restore power supply to the area.

“We call on ECG to restore power supply to the communities that have accepted the prepaid metres whiles it takes steps to settle its scores with the recalcitrant community,” the group stated.

The Yilo and Lower Manya Krobo Municipalities have been without power supply since Wednesday, 27 July 2022.

ECG is reported to have switched off feeders at the Bulk Supply Point supplying power to the communities after its transformers were tempered with by some unknown persons.

The power-distributing company has indicated that until it is assured of the safety of its workers, it cannot work on the transformers.