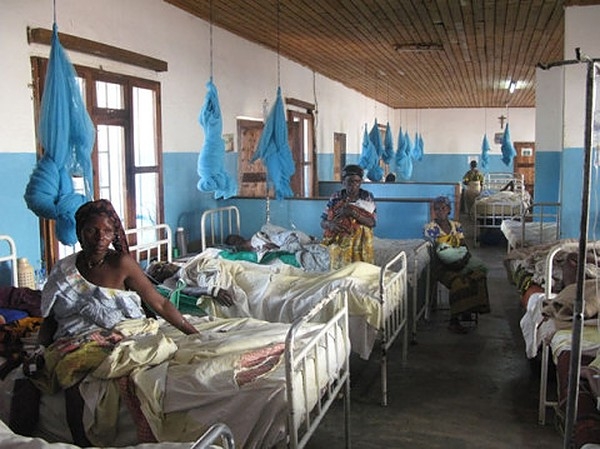 The space in the maternity ward is inadequate

The Manhyia Government Hospital in the Ashanti region is bedevilled with inadequate space at the maternity ward, which is negatively affecting health care delivery.

When the number of women in labour peaks, the management says they have no option but to allow some nursing mothers and their babies to sleep on mattresses on the floor.

Although the hospital, according to the management, has enough beds, the maternity ward cannot accommodate the beds due to limited space.

Mrs Rose Amanfo, the administrator at the hospital, told Kumasi FM's Elisha Adarkwah that the hospital has only a 28-bed capacity maternity ward to take care of an area with a population of 424,552.

Being a referral centre, she said, all the 28 beds in the maternity ward in addition to the alternative wards sometimes become full.

They also have to refer some of the women in labour but they refuse to go and insist on delivering at the hospital.

Mrs Amanfo said a total of 3,876 pregnant women delivered at the hospital last year while the Antenatal Care (ANC) attendance was 43,444.

Although she said, the hospital has all the specialists to deliver quality health care, they are challenged in the area of space at the maternity ward.

The hospital, she said, has designed and intended to extend the maternity ward but they are confronted with funding to undertake the expansion.

Although she said, some philanthropists expressed interest in supporting, due to the coronavirus, they have not been able to come to their aid.

She, therefore, called for intervention from philanthropists and other corporate organisations to come to the aid of the hospital.