2020 polls: Blame your tea-drinking nat’l officers for your loss – NPP to NDC 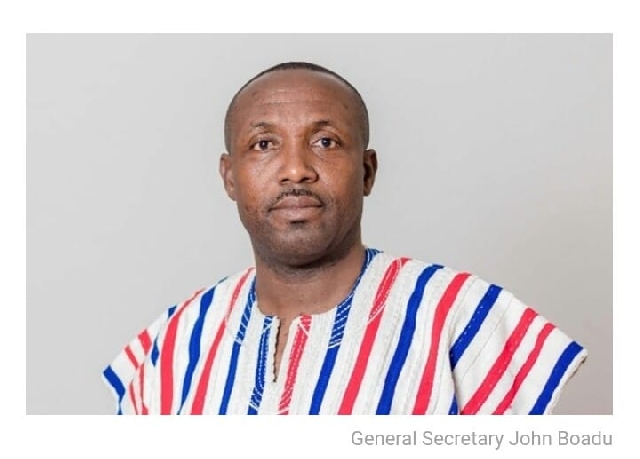 The governing New Patriotic Party (NPP) has said the main opposition National Democratic Congress (NDC) must blame itself for its loss of the 2020 general elections since it failed to assign competent agents to police all the 38,000 polling stations across the country.

In his view, the NDC and its leadership must take the full blame for their defeat and stop pointing accusing fingers at the Electoral Commission.

The General Secretary of the NPP, Mr John Boadu, made the comments in an interview with Kwame Appiah Kubi on Accra100.5FM’s morning show Ghana Yensom on Friday, 29 October 2021.

According to him, the leadership of the NDC, during the last election, was so incompetent that they assigned national officers “who went to drink tea and biscuit” at the national collation centre otherwise known as the Strong Room at the Electoral Commission’s headquarters in Accra.

“What was the NDC, as the largest opposition political party, supposed to do when it got wind of the fact that some ballots have allegedly been stuffed ahead of the elections?” he asked.

Mr Boadu further questioned why the NDC failed to raise some of these concerns during the hearing of the 2020 election petition at the Supreme Court.

“Is it a case that the NDC wanted the NPP to prove their claims in court for them?” he wondered.

Mr Boadu said it was shameful that the NDC does not want to concede 10 months after the last elections but rather accusing the EC of not doing its work.

He reminded the EC not to waste its time on the “frivolous claims of the NDC.”

“As a party, all we know is that we have won an election and we are doing everything to reorganise the party’s base for the 2024 elections,” he said.

The NDC has accused the EC of rigging the 2020 polls for the government.

Meanwhile, the EC has invited the police to probe a claim by former President John Mahama that the election management body thumb-printed one million excess ballot papers and stuffed them in favour of the NPP.