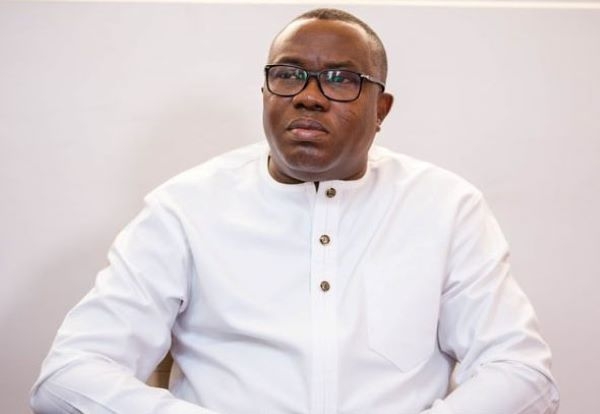 A former Ashanti Regional Security Coordinator under the erstwhile John Mahama administration, Mr Enoch Amoako-Nsiah, has called for a total overhaul of some national and regional executives of the main opposition National Democratic Congress (NDC).

According to him, some of the current executives of the NDC, especially the National Chairman, Mr Samuel Ofosu Ampofo, have failed the party and cannot help its agenda to recapture power in 2024.

Mr Amoako-Nsiah zeroed in on Mr Ofosu Ampofo, who has held various positions in the party, adding that he was expected to deliver but, in his view, has failed.

He cited the defeat of the NDC in the 2020 general elections to buttress his point.

Addressing the media at a press conference held in Kumasi, Mr Amoako-Nsiah said the party’s General Secretary, Mr Johnson Asiedu Nketia, is the only national executive who deserves to be maintained because he holds the key to recapturing power for the NDC in 2024.

He said if the NDC fails to overhaul some of the current national and regional executives, the party will continue to fail former President John Dramani Mahama, who has been tipped to lead the party come 2024.

Mr Amoako-Nsiah stressed that there should be a change in leadership, especially the National Chairman slot, to enable the party to recapture power in 2024.

“At this juncture, the leadership of the NDC, from the national chairman to the branch, we need to work on them. Ofosu-Ampofo’s leadership is a failure”, Mr Amoako-Nsiah said, adding: “Our Organisations department has run down, our communications department is now a one-man team led by Sammy Gyamfi. We need accountability. We need to question leadership”.

In his view, “the National Chairman is going to go”.

“He’s a gentleman but the history of the NDC shows that any national chairman who leads the party into an electoral defeat, leaves. Mr Ofosu-Ampofo was a National Vice-Chairman and Director of Elections but we couldn’t collate election results”.

“We are asking him that where are the results that the NDC collated in the 2020 general elections? He can do something else within the party but we don’t need him as the National Chairman. He can’t do the job. We all know the General Secretary is doing very well”, Mr Amoako-Nsiah said.

He added: “Our leadership is so weak under the current leader; that is why we are calling for a total overhaul”.

He complained that “nobody” in the leadership of the NDC, “has been able to explain to us how the NPP got 1.7 million votes in Ashanti Region”, insisting, “at best, they got about 1.4 million and people will account for that very very soon. That is why we are calling for radical leadership”.

“Where were the figures? We were able to collate figures in this region? I led the collation. After the results had been declared, we didn’t have it. How did they get the numbers? How did they get somebody to sign? People blame Brogya Genfi but he’s not the cause. It’s the leadership”.