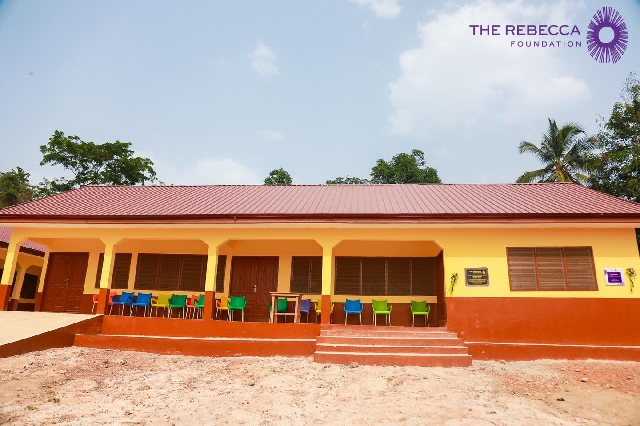 Ghana's First Lady, Mrs Rebecca Akufo-Addo, through her Rebecca Foundation, has opened the newly-re-built Adetim D/A KG and Primary School in the Upper West Akim District of the Eastern Region after the project was abandoned for 29 years. 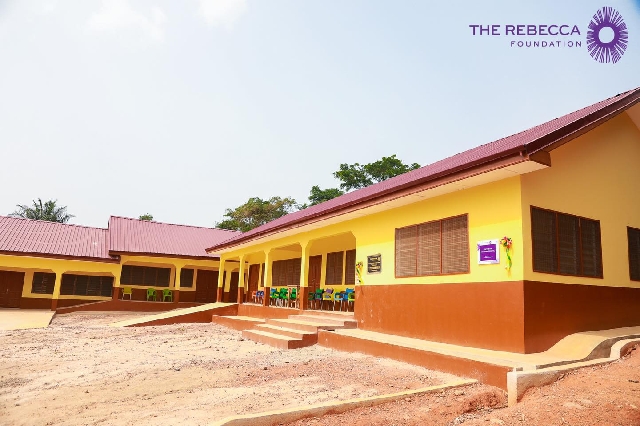 The dilapidated facility which had served the community for a long time was reconstructed following various appeals by the Chiefs and People of Adetim since 1992. 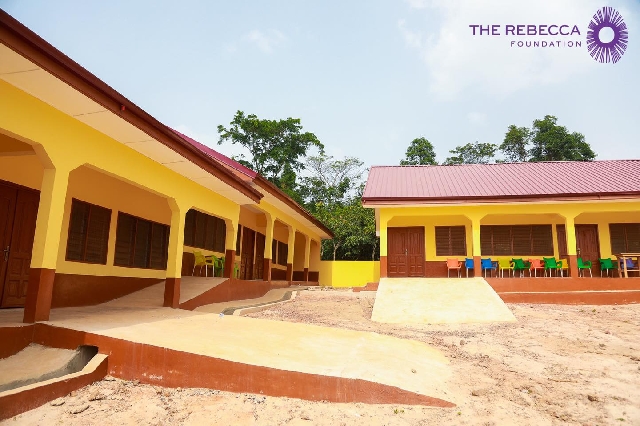 Mrs Akufo-Addo posted on Facebook that “commissioning of the facility by the Rebecca Foundation reflects our vision to assist the government in its quest to provide quality and accessible education to all and sundry”.

“I have taken personal assurances from the District Chief Executive Officer for the Upper West Akim District, Mr Eugene Sackey and Chief of Adetim Nana Sekyere that the facility would be put to best use so as to encourage attendance to school by the pupils and ensure many more students have access to education” she further stated.