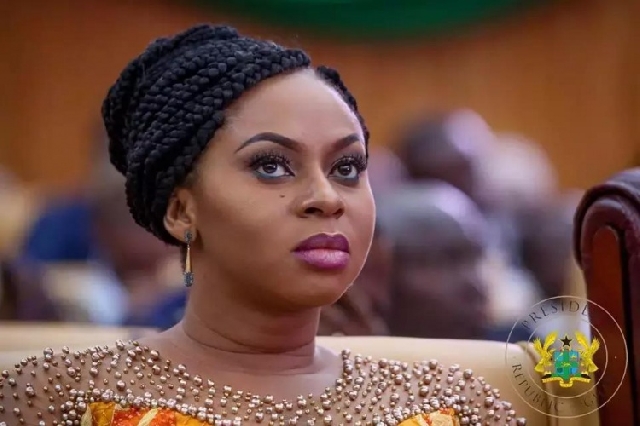 The Minister-designate of Gender, Children and Social Protection, Sarah Adwoa Safo, has taken a bold stance against the lesbian, gay, bisexual, and transgender (LGBT) community in Ghana.

Taking her turn before Parliament’s Appointments Committee for vetting on 17 February 2021, the Member of Parliament for the Dome-Kwabenya constituency stated that the controversial issue of LGBTQI is unlawful and has no place in Ghana’s cultural setting.

“Mr Chair, the issue of LGBT is an issue that when mentioned, it creates some controversy but what I want to say is that our laws are clear on such practice. It makes it criminal. Section 104 of the Criminal Code prohibits one from having unnatural carnal knowledge with another person. So, on the issue of its criminality, it is non-negotiable”.

“On the issue of our cultural acceptance and norms, these practices are also frowned upon. So, for me, these are two distinct clarities on the matter and that is what I strongly stand for,” she explained.

Meanwhile, the European Union in Ghana has said it supports the promotion of LGBT1Q rights by local civil society organisations in Ghana.

The Union said in a post on Facebook that: “A couple of weeks ago, the EU in Ghana, participated in the opening of the new community space of the @LGBTRightsGhana”.

“Equality, tolerance and respect for each other are core values of the EU”, it noted.

Some of the attendees at a fundraiser for the office included the Australian High Commissioner to Ghana, His Excellency Gregory Andrews; and Danish Ambassador Tom Nørring among some delegates from the EU.