NPP’s “misogynistic” attacks on Opoku-Agyemang “unacceptable; we can do better” – Mahama 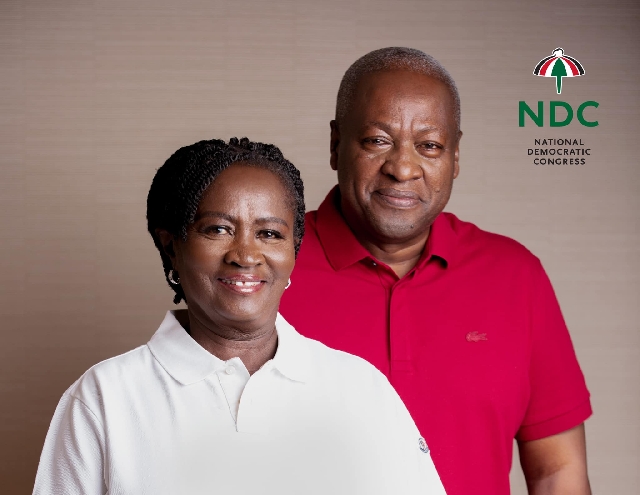 Former President John Mahama has described as misogynistic, some attacks hurled at Prof Naana Jane Opoku-Agyemang by members of the governing New Patriotic Party (NPP), shortly after announcing her as his running mate a few weeks ago.

“It is regrettable that following my announcement of her as my running mate, several key leaders of the NPP administration and party launched a barrage of misogynistic attacks at her just on the basis of her gender”, Mr Mahama bemoaned, adding: “These attacks are unacceptable and most unfortunate”.

“This is not what the severely distressed people of Ghana deserve at this time”, he said, noting: “We surely can do better”.

“Our politics”, the flag bearer of the NDC noted, “has devolved into one of insults, intimidation and unfortunately in many cases has become increasingly violent”.

This is “anathema to the sustainability of the health and wealth of our Republic, fought for and won through the blood and toils of our forebears”, he observed.

He said as “servant-leaders, we pledge to abide by the ethics of a clean campaign devoid of insults. We shall present our message to the people of Ghana in a clear and succinct manner”.

“We also pledge that our promises would be a sacred social contract that will be honoured and not betrayed. This pledge is to all, including our compatriots, who have lost interest, faith and hope in our politics.

“We will change the face of our politics so that no one will be considered less Ghanaian or more Ghanaian than the other on the basis of ownership of a political party card.

“Let’s face it! There are many Ghanaians who do not belong to the NPP, the NDC or any recognisable political party. They detest the persistent acrimony associated with our politics. They do not have a party card and yet they contribute significantly to build our country”, Mr Mahama said on Monday, 27 July 2020 when he outdoored Prof Opoku-Agyemang.