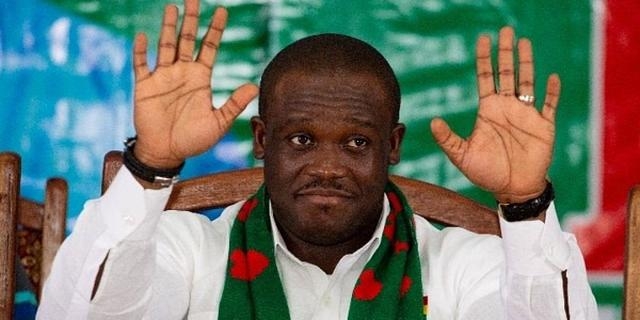 The Member of Parliament for Ningo Prampram, Mr Samuel Nartey George, has said more needs to be done in order to curb highway robberies in Ghana.

The lawmaker's comment comes after he and six other colleagues escaped a highway robbery around Mankraso in the Ashanti Region while travelling to Sampa on the night of Wednesday, 24 November 2021.

The lawmakers were travelling to Sampa for an official engagement.

They, however, came across the highway robbers, who had held several commuters and passengers at gunpoint.

Mr George, in a tweet on Thursday, 25 November 2021, said: “Last night, His deliverance from the jaws of death for myself and 6 colleagues is a blessing we cannot repay. The menace of highway robberies is one we must seek to do more about.” 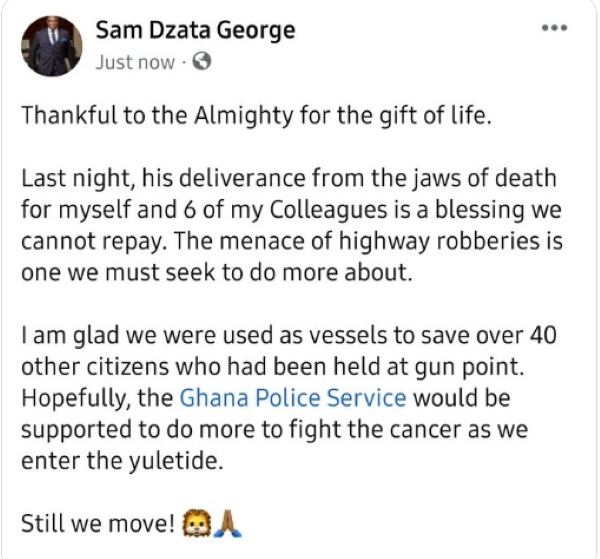 The lawmaker was, however, glad that he and his colleagues were used to avert what would have been a tragedy with the help of the police.

“I am glad we were used as vessels to save over 40 other citizens who had been held at gunpoint”.