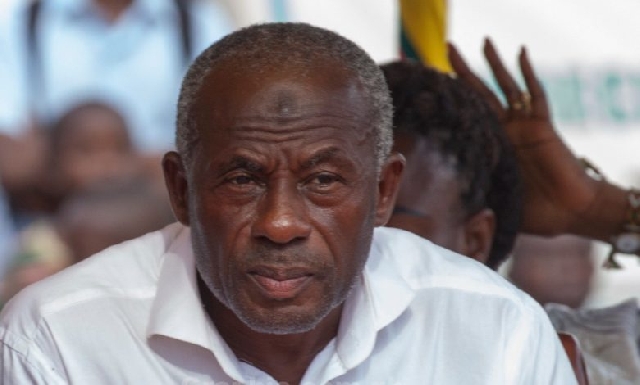 He has been charged together with four others.

Their pleas were not taken since the third accused person, Alhaji Ziblim Yakubu, has been absent from court due to ill health.

The court is making arrangements to have him testify remotely.

More than a year ago, the Minority Leader of parliament at the time, Mr Haruna Iddrisu, said the 52 charges levelled against Mr Dauda and the four others in the $200-million Saglemi affordable housing saga, were frivolous and trumped up.

Mr Iddrisu, who led other minority MPs to court on Thursday, 5 August 2021, to solidarise with the Asutifi South MP, told journalists

“It is instructive that they are being charged when the courts are themselves on vacation”, Mr Iddrisu observed, wondering: “What is the hurry and what is the desperation in this?”

“The Attorney General says it is $64 million. I believe that these are frivolous, trumped-up charges intended to politically persecute and politically harass”, he said.

“We remain undoubted. I do not think that these charges can stand the test of law. I am very convinced about this,” he said.

Mr Dauda was granted a self-recognisance bail after pleading not guilty in the matter of causing financial loss.

Mr Agyeman Mensah and Alhaji Ziblim Yakubu were granted bail of $65 million each.

They were both to produce three sureties each, one of must be a public officer.

Another accused person, Mr Andrew Clocanas, an Executive Chairman of Constructura OAS Ghana Limited, was also admitted to a bail bond of $179 million with three sureties, one of whom should be a public servant.

The court, presided over by Justice Comfort Tasiame, seized the passports of all the accused person.

Per the facts of the case presented by Attorney General Godfred Dame, Mr John Mahama, as president, granted an executive order for the construction of 5,000 affordable housing units in August 2012 at Saglemi in the Ningo Prampram the constituency of the Greater Accra region.

Parliament approved the deal, which had funding from Credit Suisse.

The houses were to be sold to workers through mortgage arrangements provided by the Ghana Home Loans Company as it was at the time.

A Brazilian company, Construtora OAS Ltd, was the contractor.

The AG said the borrower, the Ministry of Finance, and the lender, signed a facility agreement on January 4, 2013, for the release of $200 million to fund the construction of the 5,000 housing units, the day on which the Housing Minister also signed the EPC agreement with Construtora OAS, represented by Clocanas, the fourth accused.

According to the AG, the project was to be executed in four phases on 2,172 acres of land at a contract price of $200 million, including consultancy services.

An Escrow Management Agreement, a condition precedent to the release of the facility to the borrower, was also signed, pursuant to the facility and the EPC agreements, he said.

Mr Dame further stated that on February 27, 2014, Mr Dauda, without parliamentary approval, reviewed the EPC agreement and signed both the original and the revised (restated) agreement with Construtora OAS, represented by Clocanas.

The revision allegedly changed the scope of works and the application of the $200 million approved by Parliament.

This new agreement required the contractor to execute the project in three phases over a site of 1,272 acres, while the $200 million was now to be applied towards the execution of only the first phase of the project, comprising just about 1,502 housing units.

This was contrary to the executive and parliamentary approvals, as well as the facility and Escrow Management agreements.

On December 21, 2016, according to the facts, the Chief Director, Yakubu, again reviewed the original and revised the (restated) agreement and signed them (second and his revised or restated), without recourse to Parliament.

That led to a further reduction in the scope of works to 1,412 housing units at a revised price of $181 million, and extended the completion period to July 31, 2017, the prosecutor alleged.