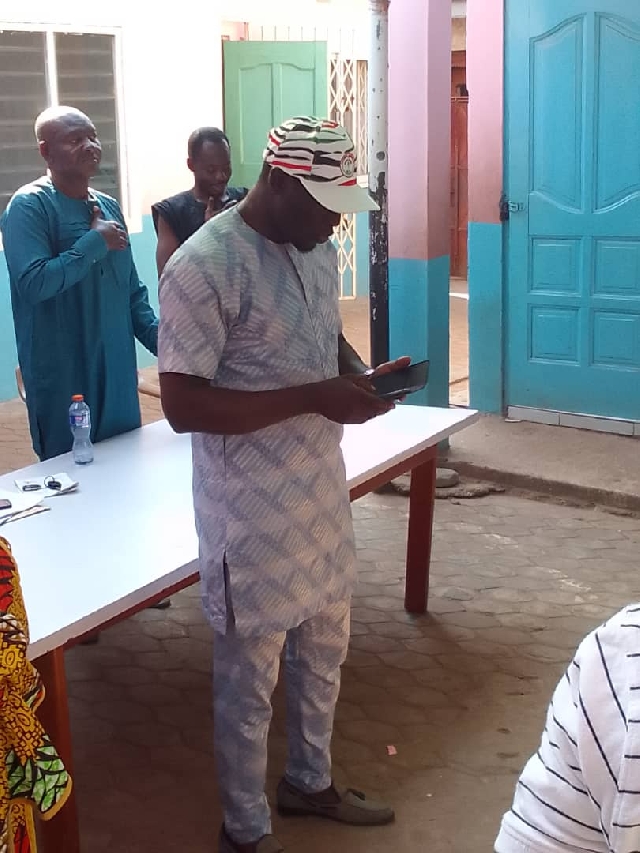 The Tataanah North Ward of the opposition National Democratic Congress (NDC) in the Madina constituency of the Greater Accra region, has elected new branch executives to lead the branch of the party for the next four years.

The election of officers to lead the party at the branch level, which is the first leg in the series of internal elections of the NDC, has been divided into four zones namely; Northern, Middle, and Southern, with the Ashanti and Eastern regions making up the fourth zone.

In his welcome address at a gathering to swear in the newly elected executives on Sunday, August 7, the Madina constituency secretary of the NDC, Abdul Razak Hussein Niche, took the executives-elect through the process of the swearing-in and the purpose of the gathering.

According to him, executives who are to take the Oath of Office must be ready to serve before they submit themselves to the rules and regulations of the party.

He charged them to be committed, dedicated, and hardworking branch executives to help propel the party to win power in 2024.

Mr. Niche, said the exercise was crucial for the party to win the election in 2024 and that there is a need for competent and reliable officers at all the branches to help change the fortunes of the party in the 2024 polls for the subsequent victory of the NDC.

"If you know you don't have time, refrain from taking the Oath of Office, the focus of the branch executives should be about winning election 2024," he stressed.

For his part, the Madina constituency Chairman of the party, Abdul Rahman Abdul Rahim, who administered the Oath of Office, urged the newly elected executives to work within the rules and regulations of the party.

He said the party needed sacrificial and selfless supporters, who would never relent in their efforts to wrestle power from the governing New Patriotic Party in 2024.

Mr. Rahim admonished the executives not to use their position to do business with the NPP, but rather work in unity, to defeat the NPP in the 2024 general election.

He warned that, "If you are an executive and you go contrary to the dictates of the party, you will be sacked and not suspended."

"Don't let your loyalty be with any single individual, but with NDC. There are responsibilities attached to the position you are holding," he reminded them.

He stressed that any branch that is not performing, will be dissolved and urged them to guard against internal bitterness to enable them to win in the upcoming general elections convincingly to bring change and new hope into the political landscape.

He concluded by, saying "Ghanaians will not forgive NDC if it fails to win election 2024 to rescue them from the hardship, economic mismanagement, and the corruption that have engulfed the country."