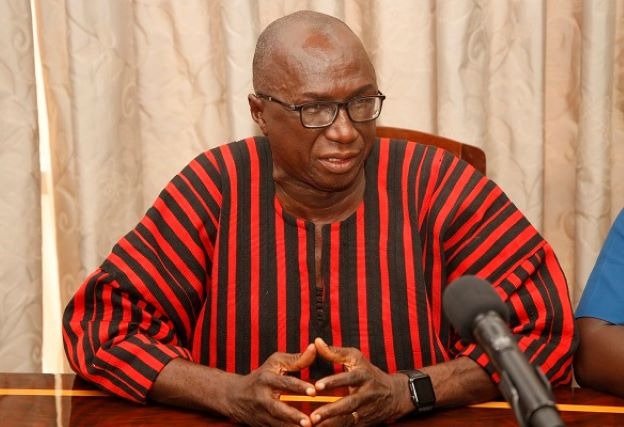 The main opposition National Democratic Congress (NDC) is blaming government for the abduction and killing of private night security men as well as the general insecurity in Wa, the Upper West regional capital.

The Police have placed a GHS100,000 bounty on the persons beloved to have murdered about 10 night security men in the area for alleged ritual purposes whilst one suspect remains in police custody.

Reacting to the killings in a statement, the NDC said the insecurity in the region can partially be attributed to the transfer of over 500 police officers in the region.

“It is our deep-seated conviction that, the Akufo-Addo’s administration is complicit in the security lapses that has degenerated to our current predicament. The government must, thus, be held accountable for every life lost in this sad turn of events,” the statement signed by Puo-Ire Prosper, the regional communications officer said.

It said the then Deputy Upper West Regional Minister, Issahaku Amidu Chinia, was reported to have transferred 583 Police officers from the region without replacement.

It added that all calls on the government to reverse the hemorrhage of police officers from the region fell on deaf ears.

The NDC also claim the government is not resourcing the Police in the region enough to deal with crime.

Meanwhile, the IGP visited the region and has assured the people of Wa and its environs of peace and safety.

The aura of fear, panic and insecurity that has engulfed the entire Wa Municipality, as a result of the bizarre abduction and murder of night security men in Wa, is a matter of grave concern to the NDC.

It is worrisome that, within a space of three months, about ten law abiding and dutiful residents of Wa, have disappeared in the most horrifying circumstances that has thrown the entire Upper West Region and more particularly, the Wa Municipality into a state of mourning, fear, panic and uneasiness.

The National Democratic Congress (NDC) in the region wishes to seize this opportunity, to commiserate with the residents of the Wa Municipality and particularly extend our sincere condolences to all families who have lost relatives to this condemnable menace.

To no uncertain terms, we strongly condemn this criminal, barbaric and dastardly act and call on all stake holders to immediately put their shoulders on the wheel, to help unravel this enigma that appears to elude us.

We have keenly monitored unfolding events in the collective effort to apprehend the perpetrators of such ungodly acts and secure the serenity of the Municipality. We wish to profoundly commend our traditional rulers, gallant youth search teams, religious leaders, the security services and the law-abiding residents of the Wa Municipality, who have all been relentless in their efforts to smoke out these social misfits, who cause us so much pain.

We commend the Inspector General of Police (Dr. George Akufo Dampare) and Alhaji Alhassan Uthman Gbangu for pledging to pay a reward of Hundred Thousand Ghana Cedis and Ten Thousand Ghana Cedis respectively to anyone who will volunteer useful information that will lead to the apprehension of the criminals.

The NDC is so much conscious of the pain, anxiety, fear, panic and insecurity that has enveloped the entire Region as a result of these unfortunate happenings. The party stands in solidarity with the Region in these precarious moments. We would however wish to plead that, we collectively apply “surgical diligence” to ensure that, a toad does not sweat for the lizard that has gone to eat pepper.

Against this backdrop, we condemn reports of unprovoked attacks on some Igbos resident in Wa. We encourage the youth and the search teams, to carry out this arduous task within the realms of our laws.

Whilst we are committed to insulating the fore-going discussion from pedestrian political interest, we are equally conscious of the fact that, one does not need to hit the side of the drum when the face is there.

It is our deep-seated conviction that, the Akufo-Addo’s administration is complicit in the security lapses that has degenerated to our current predicament. The government must thus, be held accountable for every life lost in this sad turn of events.

We all can remember that, on 22nd August,2017, the then Deputy Upper West Regional Minister (Hon. Issahaku Amidu Chinia) as reported by Joy news portal, indicated that, 583 Police Officers were transferred from the Region without replacement.

The revelation hit the region like a thunderbolt and generated so much public uproar. The government paid a deaf ear to all calls to immediately reverse the hemorrhage of police officers from the region. It is sad that, our intelligence on the grounds still point to the fact that, the menace still continues unabated.

Also, prior to the advent of the Akufo-Addo’s regime, the Police visibility policy that was used as a tool to suppress the rising rate of crime by the erstwhile Mahama regime, was very efficacious.

Here in the Wa Municipality, tents were mounted at strategic points with perpetual police presence to ward off miscreants, who engaged in unlawful or nefarious activities. Is it not a subject of wonder, that such a beautiful idea was killed by this regime?

In our relentless brainstorm, to unravel the mystery surrounding the unexplained abduction and murder of lawful citizens, we were shocked at the vulnerabilities that, the failures of the Akufo Addo’s regime has subjected the Police Service to, in their efforts to fight crime.

It is shocking that, regular fuel allocations to the police service for their routine patrols, has been a bone of contention now between government and the police service, as our intelligence suggests that, fuel supplied to the Police Service (in the midst of unmitigated fuel price hikes) can even barely support administrative purposes.

Additionally, the failure of this administration to retool the police in the Upper West Region with adequate modern crime fighting equipment, must be a matter of concern. Our checks reveal that, the armoury of the service in the region, is replete with obsolete equipment that cannot meet the test of time.

It sounds quiet shocking that, the region is the home of Ghana’s Interior Minister (Hon. Ambrose P. Dery).

It is paradoxical that, the Hon. Regional Minister, the Hon. Municipal Chief Executive and all entrusted with the power of the State seem to find different causes of all this insecurity, except their obvious failure to ensure the well-lighted Municipality they inherited, continues to be lighted. The cloud of darkness that has engulfed the Municipality since the advent of this regime, is shameful and condemnable.

We have become aware of the deployment of about three hundred and fifty police officers by the IGP, to beef up the police strength in Wa. Our intelligence has gathered that, over 80 % of those deployed are newly passed out recruits, whose first assignment is to help unravel the mystery behind the serial killings in Wa. Without any prejudice against the IGP or the officers deployed, we are of the candid opinion that, the issues at hand required much more experienced hands and a greater attention from the government.

We encourage the IGP, the Hon. Interior Minister, the Hon. Upper West Regional Minister and the Hon. Wa Municipal Chief Executive, to immediately step down from their social media stardom and to channel all frantic efforts at apprehending the culprits and rendering justice to the people of the Wa Municipality.

Whilst we are not surprised that, the President of the Republic, who doubles as Commander In Chief of the Ghana Armed Forces and also head of National Security apparatus, has chosen to be as silent as night, while law abiding citizens continue to lose their lives in the most gruesome manner, we would want to caution the government, to be mindful of its sacred responsibility to guarantee the inalienable right to life that every citizen and lawful resident in Ghana has.

We wish to assure the people of the Upper West Region that, the NDC is poised to pursue this government until it discharges its primary responsibility of ensuring the peace and security of the region.

We are very much aware of dubious intentions by this government, to leverage on security challenges in NDC strongholds and to use same as levers to declare them high risk security areas ahead of election 2024.This we believe is within their ill brewed master plan, to unleash party hoodlums concealed within the National Security apparatus, such that, such miscreants would aid them in their infamous “Break the eight” mantra.

The knee jerk reactions to the Wa crises and the lack of proactivity by government, further confirms our suspicion.

We deem it a sad development that, not only are our compatriots in Wa murdered in cold blood by unscrupulous people, but through omission, commission and negligence, this government remains complicit to the sad turn of events, where many more people are silently murdered by poverty, bad roads, under resourced health facilities, hunger, rising cost of living and illiteracy.

We call on government to demonstrate commitment to the well-being of the Upper West Region. We equally call on all residents in the region, to co-operate with the security agencies in the fight against this new trend of crime.