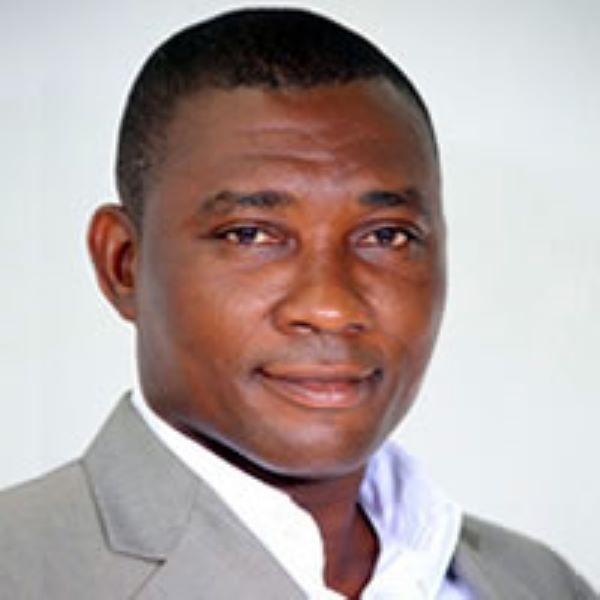 Some chiefs of Wassa Dompem in the Western Region have called on the Member of Parliament (MP) for Tarkwa Nsuaem, Mr George Mireku Duker, to apologise to them and their subjects for allegedly instructing armed police officers to disrupt a sod-cutting ceremony for works to begin on the construction of a 20-seater ultra-modern toilet facility for the community on Friday, 7 August 2020.

The project is allegedly being funded by the National Democratic Congress’ (NDC) parliamentary candidate for the Tarkwa Nsuaem Constituency, Mr John Justice Abban.

According to the residents, the armed men, who were sent by the MP, refused to listen to the chiefs and drove all the participants away from the venue.

The Advisor to the Dompem Pepesa Traditional Area, the Tufohene Nana Awuah Kuampong VII, described the action by the sitting MP as unfortunate and indicated that he “disgraced the chiefs” and disrupted the programme.

He noted that both Mr Duker and the Municipal Chief Executive (MCE) for Tarkwa Nsuaem, Benjamin Kesse, hail from Dompem, but failed to build a community toilet for the people despite countless appeals by chiefs to their offices.

Nana Kuampong VII stated: “Their action [The MP and MCE] is highly unacceptable because we begged them to help us to construct the toilet for the people but they did not honour our call only for the NDC candidate, who is seeking to be MP for the area to be ambushed and humiliated this way”.

“He [Mireku Duker] is ashamed that he did not build the toilet for the people but a mere citizen without government resources had to take the bold step.”

The Chief of Dompem Pepesa Traditional Area, Nana Nyowah Panyin IV, for his part, bemoaned the act of the MP and the MCE.

He added that there is no public toilet in the community, which has led to open defecation in some areas, hence the gesture from Mr Abban was welcomed, especially, as he had provided blocks and sand on the land they had handed to him for the project.

Nana Nyowah Panyin IV said: “The NDC parliamentary candidate, John Justice Abban, had purchased 4,000 pieces of blocks, sand, gravels, iron rods and cement for the project only for it to end this way.”

He wondered why the MP and MCE acted that way because the necessary arrangements had been made and building permit had been obtained from the Municipal Assembly for the project to proceed.

Some residents of the community who narrated their experiences also condemned the MP, and disclosed that he had not helped in developing the community and called on him to render an unqualified apology to the chiefs and people.

An an opinion leader from the community, however, indicated that they will go ahead with the construction of the toilet facility.

“We will go ahead to build the toilet and we will face anyone squarely, be it police officers or armed military men who will dare intimidate us,” he said.

Reacting to the accusations, however, the MP told Class News’ Kofi Oppong Asamoah in an interview on Tuesday, 11 August 2020 that he was not around at the time of the incident.

“Unfortunately, I wasn’t even around when it happened”, he said.

“You know I’ve been in Parliament. Parliament is still in session, so, I’m in Accra and I was told it happened just last week or so”, he added.

He explained that: “… If you want to build something for a community, you need to have a permit, you need to see the chiefs. There are processes of putting up such a structure. Obviously, one person cannot build a community or nation”.

“You’ll obviously need philanthropists to support in diverse ways, and, as an MP, I’ll love individuals to be building everywhere the need may come up. So, it will be a surprise to me if a whole MP prevents someone from building a toilet for a community.”

Mr Mireku Duker confirmed that, “Yes, the NDC parliamentary candidate showed an interest of putting up a toilet facility, interestingly, he decided to build in my hometown, and ironically, they don’t even have a community toilet in his hometown and the hometown people have placed a request before me to have a toilet built there.”

The MP also revealed that he has built toilet facilities in about seven communities since he assumed office.

He further indicated that his hometown, where the NDC candidate was going to construct the toilet facility, already has about two to three toilet facilities.

“My hometown that he has shown interest of building [toilet facilities], has about 2 or 3 toilet facilities there and where I was told that he wanted even to put it is just by the road side, close to an AstroTurf that I just even constructed. And instead of even liaising with the assembly for the assembly to show him where to construct it, he didn’t do that and went and just said: ‘I’m coming to build’”.