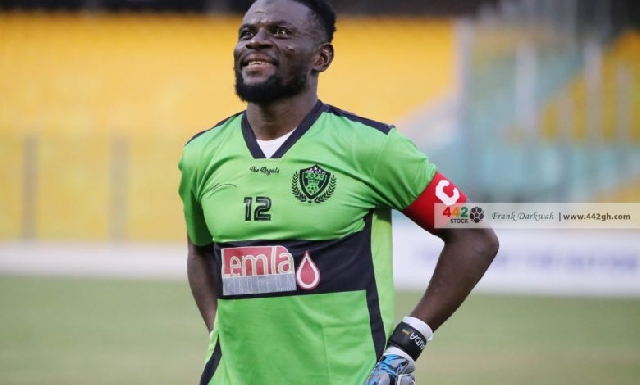 Blackstars and Legon Cities Goalkeeper Fatau Dauda says he has not retired from active football and has no plans of retiring from football anytime soon.

This comes after his absence in the post for Legon Cities since the start of the Ghana Premier league season.

Speaking to Class Sports , the 36-year-old goalkeeper debunked claims of his retirement and said he is organising himself to bounce back probably in the second half of the Ghana Premier league or even consider options to play football outside Ghana.

“I have not retired. I am not with Legon Cities for now, I’m putting things together and maybe during the second half of the season I may play the league or I might go outside to play,” Fatau Dauda said.

The 2015 Ghana Premier league winner joined Legon cities in January 2019 from Enyimba FC in Nigeria and has made 22 appearances for the Legon Cities in the two seasons he has played for the club.

He has also played for Orlando pirates and Chippa United all based in South Africa.

Fatau has had a good blend of playing in the local league and foreign league with lot of experience.