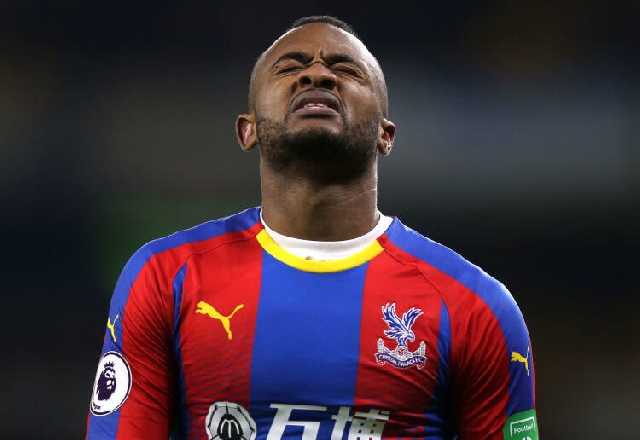 A member of the Ayew family and former Ghana international, Sola Ayew, says his nephew, Jordan Ayew, is concerned about his six-month goal drought for both his club and country.

The Crystal Palace striker’s last goal was on 28 March 2021, for the Black Stars in the Afcon qualifiers against Sao Tome and Principe at the Accra Sports Stadium under former Black Stars coach C K Akonnor.

Ayew, 30, was outstanding for Crystal Palace in the 2019/20 English Premier League season and followed suit with a decline in finding the back of the net just once in the 2020/21 season.

He last found the back of the net for Palace in November 2020.

Speaking on Class91.3FM, Sola Ayew stated: “Definitely, when you are a professional player of Jordan Ayew’s calibre, you will always express concern with the goal drought and with the heights he has reached in professional football, it is a concern for him”.

“With the family and his fans also supporting him, when things aren’t going well, there’s pressure on him to perform”, Sola Ayew noted.

Jordan has been called to the 32-man provisional squad by current Black Stars Head Coach Milovan Rajevac for the World Cup qualifiers against Zimbabwe with the first leg scheduled for the Cape Coast Sports Stadium on Saturday, 9 October 2021, followed by the second leg three days later on Tuesday 12 October in Harare.

The Black Stars are expected to arrive this week and begin preparations for that crucial assignment.

Sola Ayew noted: “I am not his manager. I am his uncle. I spoke to him and he revealed a lot of information to me, which he is concerned about the goal drought”.

“He is confident about scoring for the national team if he plays more games, so, it’s just not about breaking the drought at Crystal Palace but also for the country.”