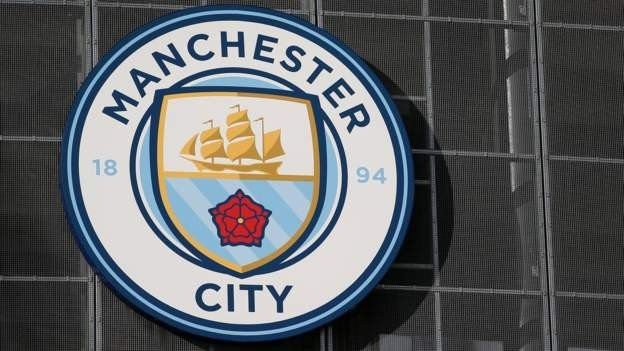 Premier League leaders Manchester City have reported a loss of £126m for the 2019-20 season which was disrupted by the coronavirus pandemic.

The club posted an 11% reduction in revenue to £478.4m but the figure does not include delayed income from player sales - including proceeds from Leroy Sane's move to Bayern Munich.

City expect an immediate return to profit for the current season.

A total loss of less than £60m per year is forecast over the two campaigns.

For Financial Fair Play purposes, the financial results of football clubs for 2019-20 and 2020-21 are to be combined into one year.

Chairman Khaldoon Al Mubarak said the club is "fundamentally strong, with committed shareholders and with significant assets, built carefully over a decade and upon more than a century of history".

"Our long-term approach has meant that we are now not wholly dependent on income streams that have been most vulnerable to the ongoing impact of Covid-19," he added.

The Premier League season was postponed between March and June 2020 due to the pandemic, which has since prevented fans from attending games.

Chief executive Ferran Soriano said: "Clearly, the 2019-20 accounts in isolation are not the best representation of the reality of the season with delayed player trading and numerous games being played after 30 June 2020, the revenues from which will be accounted in the 2020-21 period.

"A better financial picture of the Covid years will be provided at the end of the 2020-21 season, when the two seasons are combined and normalised."

City, who are 14 points clear of closest Premier League challengers Manchester United, are competing for four trophies in the latter stages of the 2020-21 campaign.

'City will still have money to spend'

This is another eye-watering loss for a major Premier League club, which underlines once again the enormous financial impact of the coronavirus pandemic on English football.

There are a couple of reasons why the £126m figure is not as startling as it would appear.

City's playing season finished after these accounts were submitted. Unlike every club except Chelsea, that meant overall income from the Champions League is not included - and City reached the quarter-finals. Just for getting to that point from the last 16, City netted roughly £10m.

In addition, the club record deal that saw Leroy Sane join Bayern Munich for an initial £44.7m that could rise to £54.8m was concluded in July, so that is not included either.

Most fans will want to know what it means for City's chances of buying players in the summer. The answer is, City do have money to spend on the right players.

That does not mean manager Pep Guardiola was being disingenuous on Friday when he said the club may not necessarily buy a striker, even though he wants one, but in City's view the market has been readjusted due to Covid and they do not believe the huge numbers being speculated for players such as Borussia Dortmund's Erling Braut Haaland are likely to materialise.

Evidently, if they feel they need a player in a certain position, they will try to get him but at a figure they consider to represent value for money.