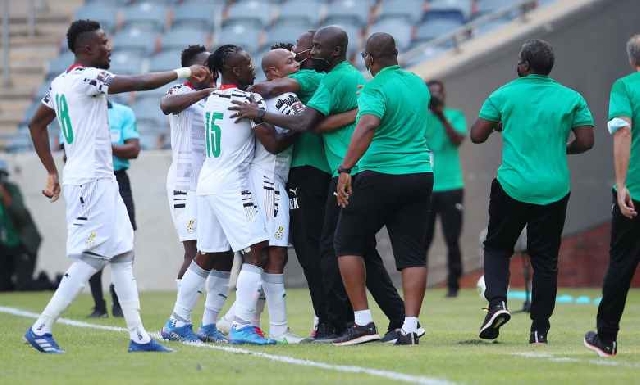 Vice President Dr Mahamudu Bawumia has applauded the Black Stars for topping Group G to qualify for the World Cup play-offs following a 1-0 victory over South Africa on Sunday, 14 November 2021.

Captain of the team Andre Ayew who won his 100th Cap on the day, scored the only goal of the match in the 31st minute to give Ghana the edge over South Africa.

The Black Stars qualified ahead of the Bafana Bafana on goals scored after the two teams were all tied on the 13 points after six round of matches.

The play offs will be played in March 2022 after the 10 group winners are paired against each other. The five winners on home and away clashes qualify for the World Cup in Qatar.

Ghana Coach Milovan Rajevac who qualified the Black Stars to the 2010 World Cup is seeking to lead the team to another mundial.