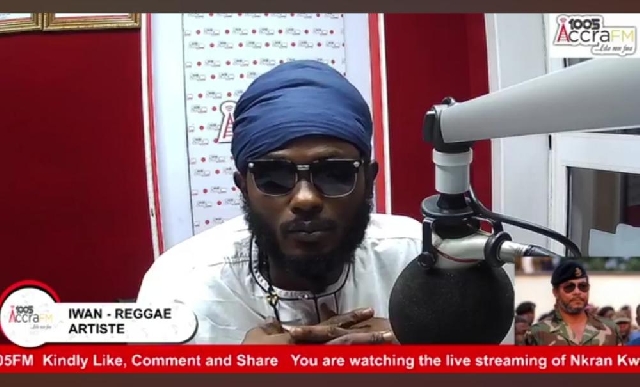 Ghanaian reggae/dancehall musician Iwan has said no former manager or anyone else he has worked with in the past can have a replacement for him in the music industry.

Iwan told Docta Kay on Accra100.5FM’s Nkran Kwanso on Thursday, 19 November 2020 that even though his former manager Bull Dog, who now prefers to be known as Bullgod, tried to mould other artistes after him, that has not been successful.

According to the ‘Who’s Bad’ hitmaker, who exited the Bullhaus Entertainment record label, he is irreplaceable mainly because of his originality.

“You cannot replace me. I'm a very original artiste and I don't believe that anyone can do what I do.

“In the past, they've tried a whole lot. Not only with the artiste that you just mentioned [Shatta Wale], there have been a lot of artistes, who have passed through his hands [Bullgod]. If you look at the way they are dressed, the way they make them look on stage and, sometimes, they make them do songs like me. But, it didn't work. They were given many awards for them to look... it didn't work,” Iwan said.

He continued: “If someone is original, the person, indeed, is. If someone brings something in the industry, the person has brought it.

“It is up to people to appreciate. If they don't appreciate it, it doesn't mean that it will be short-lived. There are others who will appreciate and carry that thing to the next level”.

Iwan stressed his originality while explaining an alleged ploy by Bullgod to undermine his talent after the two parted ways.

“So, I feel that the problem is that, the manager thinks that if you are no longer working with him, you become nobody, so, he can use another person to replace you. It can be any artiste but not Iwan. As for me, no one can replace me,” he noted.

“No one can replace me. Whoever is there having his fame is in his own line. But within the space that I have created, it is not possible because I sing about consciousness. I've done songs that are 10 years old that are still relevant,” the Gideon Force boss emphasised.

Iwan, born Abdul Razak Issahaku, was one of the most talked-about music sensations in the country in 2010.

Signed under Bullhaus Entertainment at that time, the ‘Lyrical Gunshot’ churned out hit songs like ‘Thanks and Praise’, ‘Jah’, ‘Who’s Bad’ and ‘Trust in the Lord’ among others.

Iwan, after a hiatus on the music scene, has rebranded as Iwan Suhuyini.

He released a 27-track album titled: ‘The Return’ to announce his comeback in 2020.

‘The Return’ is his ninth studio album.