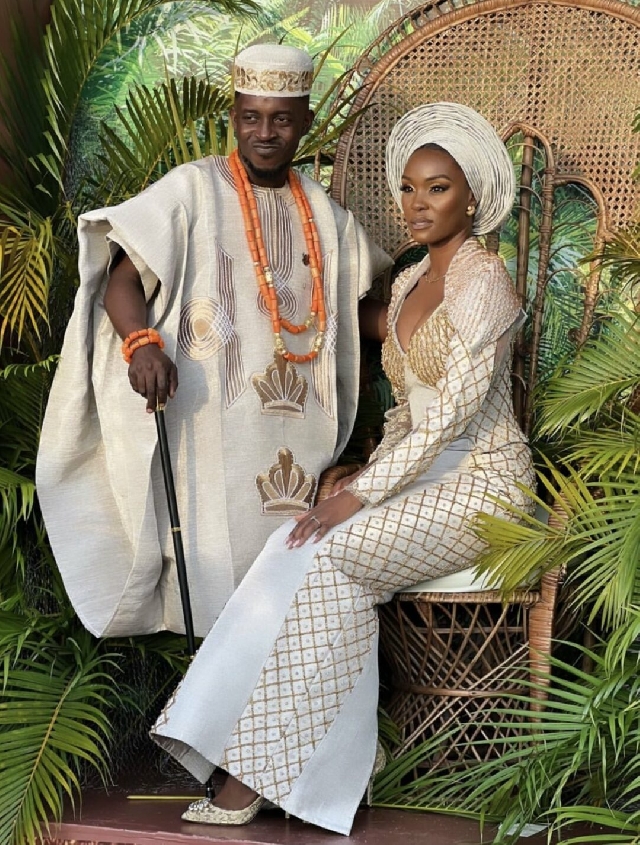 MI Abaga and his wife Eniola Mafe at their 22 September, 2022, traditional marriage ceremony

MI Abaga and his girlfriend Eniola Mafe are married.

In a public traditional ceremony held in Lagos, Nigeria, the pair made their union official on Thursday, 22 September, 2022.

This comes in fulfilment of expectations expressed in an announcement the celebrated rapper made to fans in April.

Making the announcement in a video posted on his Instagram, he revealed he and his fiancée had “met in Dec. 2020 and straight away I knew I had found the one.”

Noting that it was unusual of him to share such personal details of his life, he announced “we are getting married this year and we ask for your support and blessings as we embark on this journey together.”

In the star-studded traditional wedding ceremony, entertainment figures such as Banky W, Jesse Jags and Basketmouth were in attendance.

A revered music maker, MI Abaga is 40. Eniola Mafe, a strategist and international development leader, is 37.