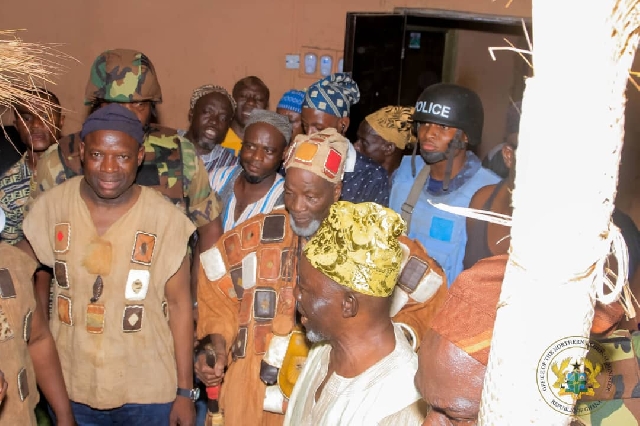 The Overlord of Dagbon, Ndan Ya Na Abukari Mahama II, on Monday, 9 September 2019, led the people of Dagbon to celebrate the annual Bugum (Fire) festival in the Yendi municipality of the Northern Region.

The fire festival is one of the ancient celebrations marked by descendants of Na Gbewa.

It was banned in Yendi for several years after the murder of the late Ya Na Yakubu Abdulai Andani II in 2002.

Peace was restored to the kingdom in January this year with the coronation of a new king, after deliberations for many years by the Asantehene-led mediation committee.

The peace pack also ensured the successful performance of the funerals of the late two overlords, Ya Na Mahamudu Abdulai and Ya Na Yakubu Abdulai Andani II. 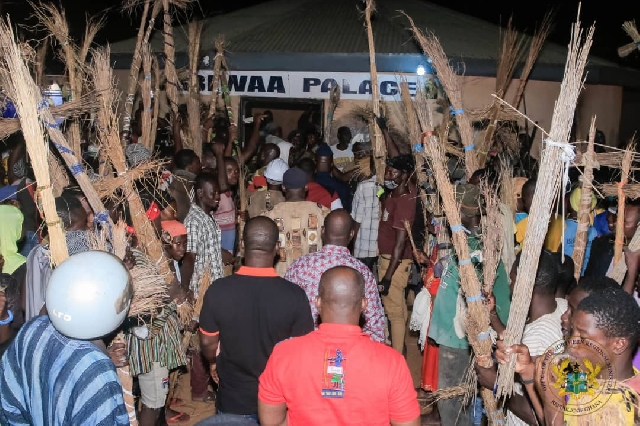 The Ya Na dresses up in his traditional regalia, and, in line with tradition, lights the torch to signify the beginning of the celebration.

Hundreds of the youth who have never witnessed a Ya Na celebrating the festival together with his sub-chiefs in the area, massed up at the forecourt of the Gbewa Palace last night to join the king to celebrate the moment.

There was a procession through the streets of Yendi amidst drumming, singing and firing of locally manufactured guns.

An elated Northern Regional Minister, Mr Salifu Saeed, who joined the King of Dagbon to celebrate the festival, described the event as a significant milestone toward enhancing and sustaining the peace process in the region.

He said it was a manifestation of the commitment of the Akufo-Addo government to permanently resolve the chieftaincy crisis in the area.

Mr Saeed noted: “For several years, 17 years, we haven’t had fire festival celebrated by a living Ya Na, so, today is a very significant day and I come here on behalf of the President with the Yendi Municipal Chief Executive to join Na Gbewa to mark the celebration.” 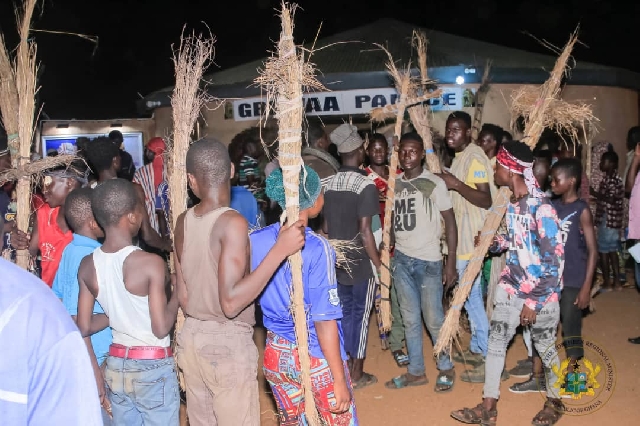 Mr Saeed believes the new year will come with enhanced peace and development in the area and prayed that Dagbon never returns to the dark days of violence.

Class News observed that the celebration was without the usual heavy security presence.  Only a few security officers were seen policing the town.

Meanwhile, the Mionlana, Alhaji Abdulai Mahamadu; Yo Na Abdulai Yakubu Andani V, and all paramount chiefs, including those of Tolon and Kumbungu celebrated the festival in their jurisdictions.