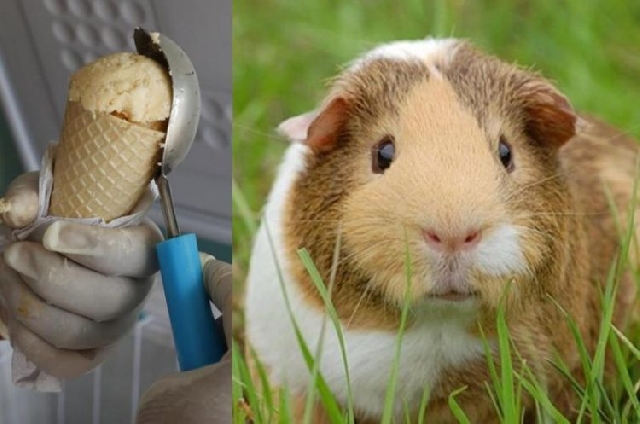 An Ecuadorian woman has been getting a lot of attention online for devising a very unusual yet surprisingly popular ice cream flavour, guinea pig.

You probably know the guinea pig as a lovable house pet, but in South American countries like Ecuador, Peru or Bolivia people cook guinea pigs with salt and serve them with potatoes and peanut sauce. Still, even in these countries the idea of a guinea pig-flavoured ice cream has been causing quite a bit of eyebrow raising.

People are used to the rodents as the main ingredient of traditional dishes, but ice cream flavour? That would be like turning beef into an ice cream flavour in the United States, not exactly the kind of business venture most people would even consider getting involved in. And yet, one Quito woman has been selling hundreds of guinea pig ice cream cones per day over the last few months, and as news of her unusual delicacy spreads around the world, demand is expected to skyrocket.

María del Carmen Pilapaña came up with the idea for guinea pig ice cream about a year ago, shortly after her brother welcomed her in his restaurant’s kitchen. She had been working for a private company that went bankrupt, but quickly dedicated herself to cooking, attending workshops and fairs to pick as much information as possible. It was at one such fair, the annual Guinea Pig Fair, that she decided to try the rodent as a flavour for ice cream. She had already been serving her fruit ice-cream for a while, but someone challenged her to try something more unique, and it doesn’t get any more so than guinea pig. 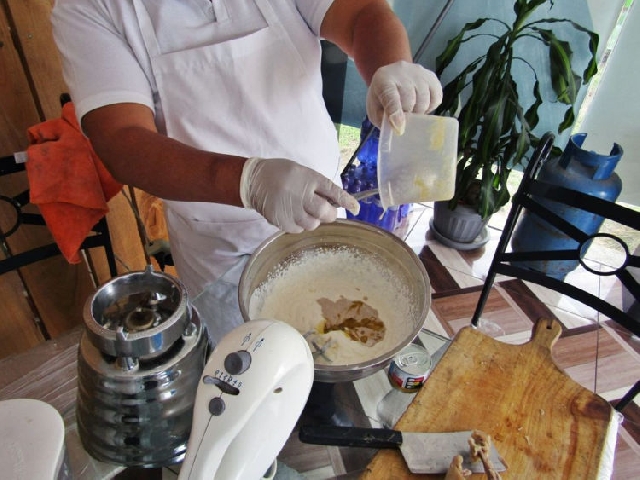 Getting the formula for guinea pig ice cream just right took about a month of work. At first María tried using crushed guinea pig jerky, but that didn’t get the results she was hoping for. Then she tried roasted guinea pig meat, but that proved problematic as well. She finally stumbled upon something when she tried boiling the meat for at least two hours, to get a really concentrated stock. She then liquefied the meat as well and mixed with the stock to make guinea pig pate. From that point on she just followed the classic ice cream recipe.

The meaty pate is mixed with a fruity puree – most often made from passion fruit or naranjilla – whipped cream and condensed milk. After being frozen for a day, the guinea pig ice cream is ready to be served. Pilapaña sprinkles it with crushed peanuts and sells it for $1 a cone, or $12 a liter.

“My family and my husband thought I was crazy. They didn’t think anyone would like these ice creams, but now they’re our main product,” María del Carmen Pilapaña said, adding that she herself had doubts about the success of her meaty frozen treat.

She sells her guinea pig ice cream from a stall next to a highway linking the Ecuadorian capital of Quito to the city of Sangolqui. She usually prepares about 150 guinea pig ice creams per week, but now that more people know about it, demand is sure to grow. The Ecuadorian ice cream maker now wants to try other meaty flavours as well, like crab, chicken and pork, and is confident that they will be just as popular.