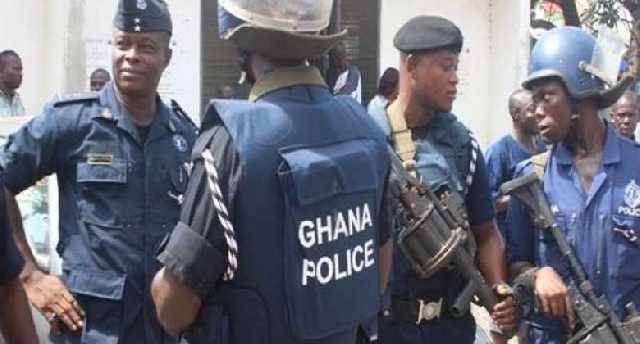 The Criminal Investigations Department (CID) of the Ghana Police Service on Tuesday, 23 November 2021, found what is suspected to be the burnt hair of a woman who was allegedly killed by her boyfriend and kept in a refrigerator at Fiave, a suburb of Ho in the Volta Region.

The specimen was found in the suspect’s backyard.

A rod suspected to have been used to control the burning was also retrieved from the backyard.

Additionally, the police found some documents from the suspect’s room to aid with its investigation.

The police also discovered a carpet soaked with blood in the suspect’s room.

Some clothes used to conceal the body were also soaked with blood.

However, residents have described the couple as inseparable.

They indicated that the couple were always seen together.

The suspect has been identified only as Frank.

According to residents of the area, a strong stench emanated from the suspect’s room with flies hovering around the door and windows, which raised suspicions.

Some of the residents broke into the suspect’s room and found the body of the deceased, whose name was only given as Lizzy, believed to be his girlfriend.

She was put into a white double-decker refrigerator.

A police team of investigators was deployed to the scene after receiving information from some residents about the incident.

The body of the deceased was found in a state of decomposition.

The body has since been deposited at the Ho municipal hospital morgue for autopsy and preservation.

The police has also begun a search for the suspect.