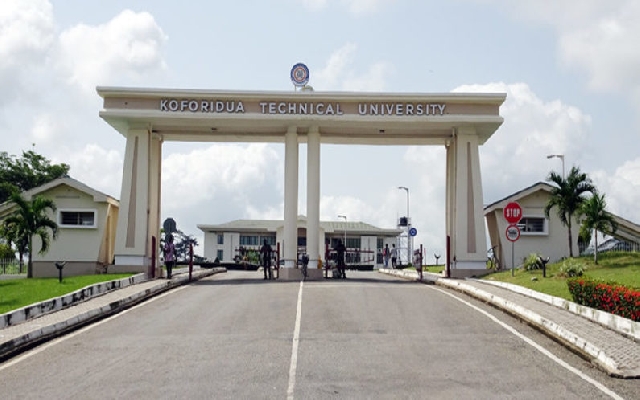 The management of the Koforidua Technical University operated 26 bank accounts with 16 of them being used for all collections and every payment instead of separate, dedicated accounts for specific collections and designated payments, according to the Auditor-General’s report for 2019.

The Auditor-General has, therefore, advised that the management, for the purpose of effecting the transition to the Treasury Single Account Management and effective reconciliations, consider closing 10 of the accounts.

The report further revealed: “Management did not seek prior approval from the Auditor-General before implementing the TOPAZ Financial System and Online Student Information System (OSIS) software. We also noted that the contract for OSIS was entered in 2011 and had since not been reviewed and renewed”.

“We urged the management to contact the Auditor-General and the Controller and Accountant General for the approvals and also review the performance of the OSIS and request the IT Consortium to upgrade the OSIS with adequate control features failure of which Management should look for another software,” the report added.

The report also identified that “Mr Frederick Nii Mensah Obeney and Mr Alexander Twum Barimah could not account for a total of GH¢620,457.32 of fees collected from 2016 to 2019”, adding: "Management should report the matter to the police, indict the affected persons and subject to the advice of the Minister for Justice and Attorney General prosecute all members of the syndicate”.

“We noted that a total of GH¢846,298.76 was paid to staff and principal officers as honorarium without recourse to appropriate Over Time and Call In rates. We recommended that the appropriate Overtime and Call-in rates should be used to remunerate Junior and senior staff in this regard,” the report added.

The report further revealed that “management paid GHS25,000.00 to the University’s Solicitor in respect of filing fees without a Judicial Service receipt. We recommended the appropriate receipts from the Judicial Service be recovered from the Solicitor, in default, Management should refund the amount involved“.

It continued: “We noted that the Internally Generated Unit (IGU) of the university was advanced GHS21,104.76 to commercialise a sachet water business but the project was not successful and the IGU could not recoup the investment of GHS21,104.76. We also noted that as of February 2019, the management invested GHS48,969.12 in a Recycling Plant started in 2015, but has since not completed the project. We advised Management to conduct proper market survey before committing funds to projects and also resolve the issues with the Developer to pave way for the completion of the recycling plant.

“We noted that an amount of GHS338,948.68 was paid to Fliposis Company Limited following an interlocutory judgment of GHS251,073.17 and accrued interest of GHS106,706 due to the SRC’s failure to pay GHS251,073.17 for Pre Contract Consultancy Services rendered in respect of the design of a proposed 1,000-bed hostel building in 2016. We recommended that management should streamline the activities of the SRC in matters relating to procurements to avoid such occurrences”.