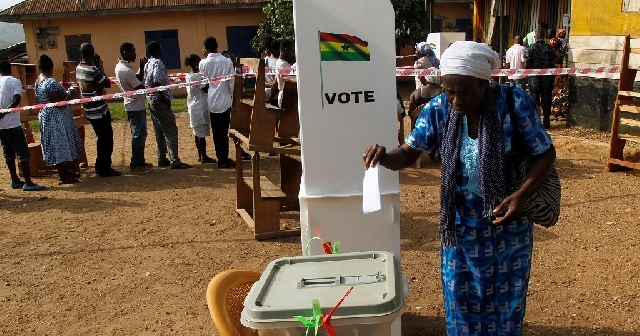 Members of the National Concerned Drivers Association of Ghana have asked Ghanaians to vote 'No' during the referendum to make District Assembly elections partisan on 17 December 2019.

In a statement signed by the National Chairman, Paa Willi on Friday, 22 November 2019, the drivers said the introduction of partisan politics into local governance will increase the level of corruption and the winner-takes-all ills of politics.

In their view, the winner-takes-all ills have done a lot of harm to “our society and economy.”

“Ghanaians on December 17 will be casting a ‘Yes’ or ‘No’ vote in a referendum to allow Metropolitan, Municipal and District Chief Executives (MMDCEs) participate in local elections based on party affiliations.  The government needs at least 40 per cent of eligible voters turning out to vote and, at least, 75 per cent voting in favour of it for the campaign to succeed.

“We are calling on Ghanaians to actively get involved and vote massively ‘NO’ to kick against the idea of selecting MMDCEs and assembly members on party affiliation. We, as an association, are of the view that it is not advisable to allow political participation at the local level.

“We are not happy with the NDC-NPP way of politics, let’s keep the current system the way it is. Some of us do not belong to any political party, but I have the desire to be running for unit committee and assembly member position in various electoral areas; what will happen to us?

“We are concerned that the introduction of partisan politics into local government will increase the level of corruption and winner-takes-all agenda which has already done a lot of harm to our society and economy. We are strongly opposed to the introduction of political parties in local assembly elections, We are voting 'NO' and we are calling on all Ghanaians to join the campaign and vote ‘NO’ on 17 December 2019.”