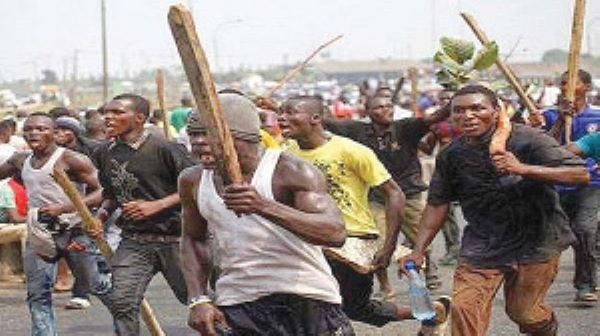 A 37-year-old mother-of-two, Catherine Nsor, was nearly burnt alive by a mob in the Northern regional capital of Tamale, after being mistaken for a thief.

The victim, who sells cereals, was left incapacitated for some time following the near-lynching incident.

Narrating her ordeal to Class91.3FM’s Savanna correspondent Zion Abdul-Rauf, she explained that she was walking along the Aboabo road in Tamale to the Central Market on a Friday, when a fellow woman, known as Jamila, approached her.

The woman had indicated that someone in a nearby shop wanted to have a word with her.

The victim, unbeknownst to her of the ordeal that awaited her, hurriedly followed the other woman to the shop, thinking it was a known person asking to see her.

However, upon reaching the shop, one of the women asked the other woman who was sent to call her whether she was not the thief they had been looking for.

The woman accused the victim of stealing from their shop.

The shopowner took her phone and called her brothers who then came and stripped the victim naked in the full glare of the public and started flogging her, which attracted a crowd.

The mob joined in with electric cables and other crude weapons as the victim wailed and insisted on her innocence.

She was later taken to a house, locked up and forced to confess to stealing GHS10,000 before she would be let free.

The victim, however, insisted she was innocent and told them she had no inkling about what was going on.

She was then dragged back to the market square with her accusers ready to set her alight with old tyres and a gallon of petrol.

“One of the guys brought a gallon of petrol and was looking for something to cover my mouth before setting me ablaze alive when a team of police arrived at the scene,” she stated.

She was immediately sent to the hospital, where she was admitted, treated and later discharged.

The victim then lodged a complaint with the police, and the suspects were arrested and granted bail.

The suspects, realising that she had been wrongly accused, called on some prominent chiefs in Dagbon to intervene so the matter will be settled out of court.

She declined to settle the matter out of court.

The suspects were arraigned.