You owe us three months; pay up – Tollbooth workers to gov’t 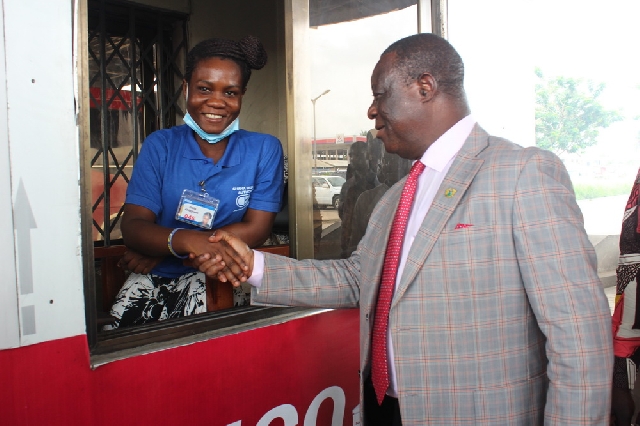 The Minister of Roads and tollbooth worker

Some tollbooth workers believed to be Persons with Disabilities (PWDs) stationed at Kasoa and Tema in the Central and Greater Accra Regions are seething with anger over the government's decision to scrap all tollbooths, as announced by Finance Minister Ken Ofori--Atta when he presented the 2022 budget to parliament.

The PWDs are not happy about the mistreatment they have suffered since the announcement was made on Wednesday, November 17, 2021.

According to the PWDs, the way and manner their dismissal was announced by the Minister of Roads and Highways, Mr Kwesi Amoako Atta, in a release last night, was demeaning.

Many of the PWDs who spoke with Accra100.5 FM’s reporters on the mid-day news said the government owed them salary arrears.

They said their salaries have been in arrears for the past three months.

They said their September salary was paid in the second week of November.