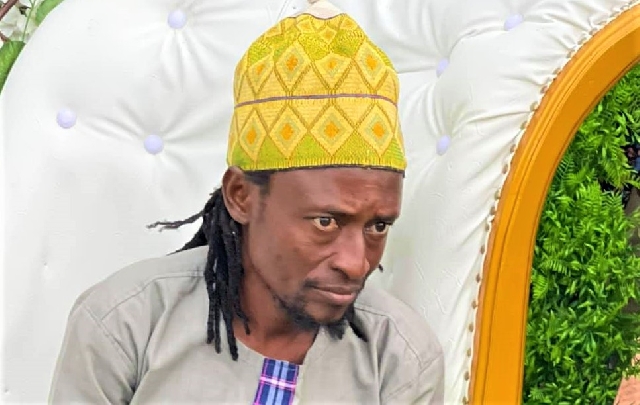 The family of the late Ibrahim ‘Kaaka’ Mohammed has accused the three-member Ejura Committee which probed the murder of their kith and the subsequent violence that resulted in the army shooting and killing two demonstrators at Ejura in the Ashanti Region, of having sold their conscience to the appointing authority for political favour, thus, their conclusion that the murder of the social media activist was as a result of a family feud.

The committee, under the chairmanship of His Lordship Justice George Kingsley Koomson, held its sittings at the Prempeh Assembly Hall in Kumasi.

Other members of the committee were Professor Vladimir Antwi-Danso, a security expert and Ms Juliet Adiema Amoah, Executive Director of Penplusbyte, a civil society organisation.

Ms Marie Louise Simmons of the Attorney General’s office was the secretary to the committee.

At a press conference in Accra, the spokesperson for the family, Nafiu Mohammed, said: “We’ll like to use this opportunity to state in clear and unambiguous terms that the statement by the committee that Kaaka was probably killed because of a family feud, is obviously false, carelessly made and very clearly disgraceful”.

The statement, according to him, “was made without regard for the pain of the family and may have been made by persons who were so eager to please the appointing authority that they left their humanity and their conscience aside”.

The family said: “Even though they knew that they had no basis, evidence or authority for that statement, they made it anyways, perhaps, because why bother about the truth and justice of a poor family in Ejura when you care to the needs of those who have promised you and have the power to guarantee you further political appointment”.

“So, yes, we have struggled as to why persons of their calibre will be so willing to forsake their own credibility just to do a [hatchet] job in expectation for political favour”.

“But we leave them to the judgement of their conscience and to the weightier justice of Allah”.

Read the 10 recommendations made by the committee:

1. The Committee recommends adequate Compensation for the families of the two deceased persons, namely, Abdul Nasir Yusif and Murtala Suraj Mohammed. Adequate compensation must also be paid to other injured persons, namely; Louis Ayikpa (20 years), Awal Misbau (16 years) and Nasif Nuhu (30 years). These are the names known to the Committee.

2. The Committee recommends the immediate transfer of the District Police Commander of Ejura, DSP Philip Kojo Hammond, first for his incompetence in handling the situation and for the fact that his relationship with the community seems to have been damaged beyond repair.

3. We further recommend the structural expansion of the Ejura Police Station and an increase in personnel.

4. We recommend the removal of the Ejura-Sekyedumase Municipal Chief Executive, Honourable Mohammed Salisu Bamba since his continuous presence as MCE would exacerbate the already tense security situation in Ejura.

5. It is further recommended that the Military Establishment review the actions of the Section on the ground, led by Lieutenant Martin Opoku Adusei, for the inappropriate use of force, and apply appropriate sanctions.

6. We further recommend the training of REGSEC, MUSEC and DISEC officials in the Ashanti Region in Conflict and Crises Management at the Ghana Armed Forces Command and Staff College at least once every year.

8. We further recommend that the NCCE should intensify its public education in relation to the rights, obligations, and civic responsibilities of the people of Ejura.

9. It is further recommended that all crowd /riot/crises control units be made to wear bodycams and all vehicles and mobile gadgets employed must also have cameras.

10. We recommend the establishment of Sports and other Recreational Facilities in Ejura under the Zongo Development Fund, so as to re-channel the energies of the youth.