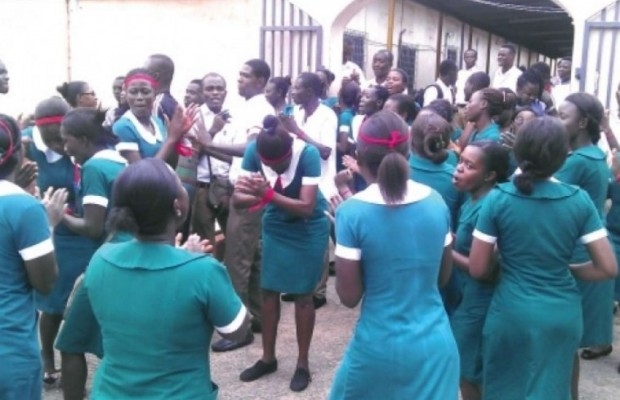 Trainee nurses and midwives are unhappy over unpaid allowances

The Ghana Nurse and Midwife Trainees Association (GNMTA) has given the government a one-week ultimatum to make payments of all allowances and arrears owed its members.

According to the association, the government has not paid them in eight months despite several complaints.

Its President, Elijah Amfo-Adjei, has threatened that the group will be compelled to act if the government does not engage them.

Mr Amfo-Adjei noted that the group, in demanding payment of their allowances, have resorted to dialogue but since the government has shown no commitment in addressing their issues, they will take their next line of action.