Akufo-Addo sailing against the wind; 'no reshuffle' comment'll take NPP into opposition – Nketia 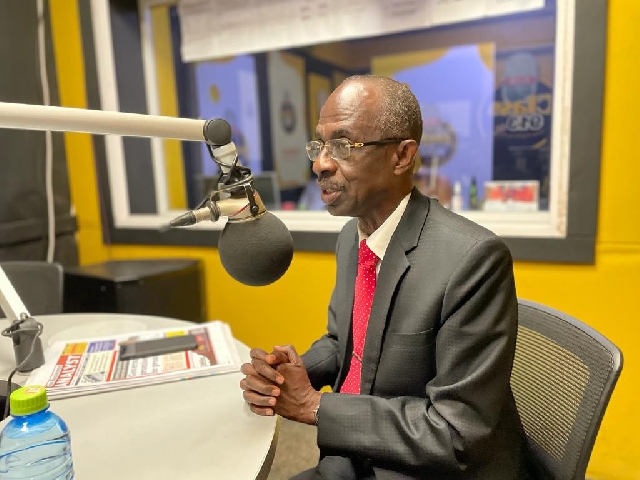 The General Secretary of the main opposition National Democratic Congress (NDC), Mr Johnson Asiedu Nketia, has accused President Nana Addo Dankwa Akufo-Addo of being insensitive to the plight of Ghanaians by failing to heed calls for a reshuffle of his appointees.

President Akufo-Addo, in an interview on Monday, 8 August 2022, during his tour of the Northern Region, down-played calls for a reshuffle of his appointees.

He said his ministers have done remarkably well and, therefore, there was no need to reshuffle them.

He made this statement despite the growing pressure on him by civil society organisations, opposition parties and some of his own party supporters to reshuffle his ministers for efficiency.

In an interview on the Class Morning Show on Class91.3FM, Mr Nketia said he is convinced that the President is sailing against the wind and his move is leading the NPP into opposition.

He explained that “many Ghanaians, survey upon survey, have indicated that the country is going in the wrong direction”.

“It means that you are going further and further away from the wishes of the ordinary people.”

“I’ve always said that 'when the gods want to punish people they first make them mad'. If anybody wants to destroy Ghana and is able to infuse wrong ideas into the head of our president, he doesn’t need to bring people here to destroy Ghana, the president will lead the country into destruction…because, survey upon survey; public opinion says A and he says Z. Look at this idea of his reshuffle; even during their Congress, when he was speaking, their own party members were shouting ‘reshuffle, reshuffle, reshuffle’. NDC wasn’t there and, so, if you are now on a platform elsewhere and you’re saying your ministers are the best when your own party says your ministers are horrible, then what best can take you out of government than this?” he wondered.