Keep the minerals in the ground if we can’t use them for the good of Ghanaians – K. Agyepong 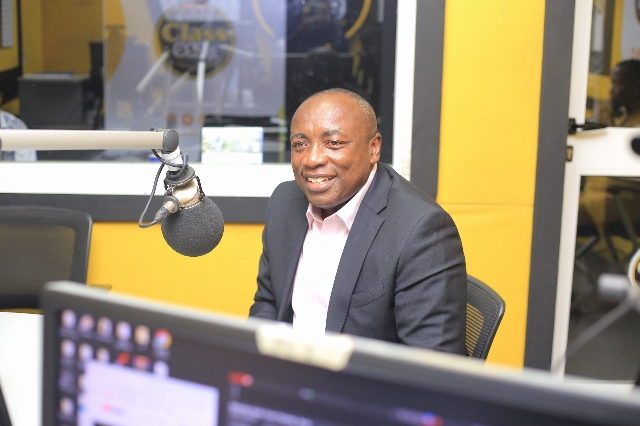 A former General Secretary of the governing New Patriotic Party (NPP), Mr Kwabena Agyepong, is calling for a freeze on the mining of minerals in Ghana if they cannot be used profitably for the ordinary Ghanaian.

In his view, Ghana can take a cue from Angola and put a freeze on mining then go back to the drawing board and think of how best to mine to inure to the benefit of the citizenry.

His comment comes on the back of recent conversations about illegal mining and its devastating effects on the country’s water bodies and forest reserves.

Making a point on the Class Morning Show on Class91.3FM on Monday, 12 September 2022, on unemployment in the country, Mr Agyepong said mining, for example, has not benefited the ordinary Ghanaian.

“Look at the extractive industry, it’s something I’ve spoken about; if we know we can’t really mine our resources profitably for the Ghanaian to feel it, then we better keep it in the ground.”

He said: “Angola did it for some time, so, we put a freeze on the mine and try and sanitise the atmosphere, the environment; maybe the younger generation will be sharper, smarter and more nationalistic.”

The Akufo-Addo government has been fighting illegal mining but the canker lingers.

Dwellers in mining communities continue to live in poverty as multi-national companies extract the minerals and export them.

Recently, a Chinese woman nick-named the ‘galamsey queen’, Aisha Huang, was busted for being neck-deep in the galamsey business.

She had been deported for the same crime in 2018 but managed to sneak into the country to engage in the same business.

Apart from her, other Chinese nationals and their Ghanaian collaborators have been and still being arrested for engaging in galamsey, which has destroyed the country’s water bodies.