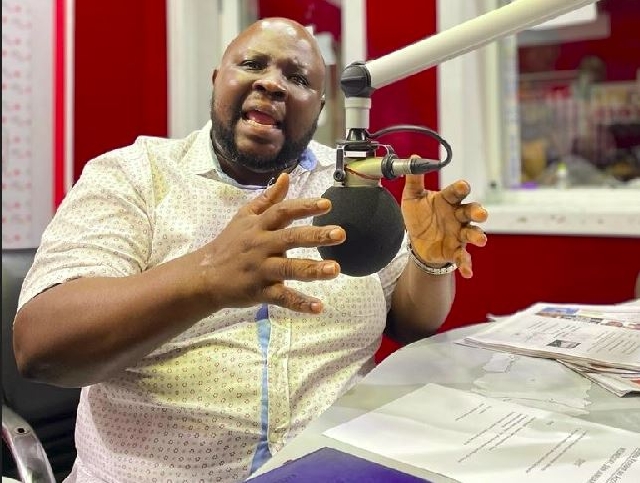 A member of the Communications Team of the governing New Patriotic Party (NPP) has accused the cousin of President Akufo-Addo, Gabby Otchere-Darko, of being a pain in the party’s neck since the announcement of the Domestic Debt Exchange (DDE) programme by Finance Minister Ken Ofori-Atta.

According to Kafui Amegah, the conduct of Mr Otchere-Darko since the announcement of the Domestic Debt Exchange has been a source of worry to the party.

He minced no words to say the behaviour of Gabby, the founder of the pro-NPP policy think tank Danquah Institute has (DI), been nothing but pain.

He explained that when it comes to the matter of the Domestic Debt Exchange programme the attitudes of Gabby and the likes have not helped in persuading the individual bondholders to buy into the idea.

He added that Gabby’s tweets on the DDE matter are not helping in the management of the worrying situation as individual bondholders fear they would lose their lifetime earnings by accepting the government's debt restructuring programme.

Mr Kafui Amegah who was once disqualified from contesting as NPP Constituency Chairman for Atewa East in the Eastern Region let the cat out of the bag while speaking as a panellist on the discussion segment of the Ghana Yensom morning show hosted by Odehyeeba Kofi Essuman on Accra 100.5 FM on Wednesday, January 18, 2023.

He noted that many of the tweets sent by Gabby on his social media handles end up angering the individual bondholders.

“It is full of innuendos among other things,” he posited.

He noted that Gabby as he stands is a torn in the flesh of the party.

“It is about time the party leadership [spoke the truth] to the man believed to be the ‘prime minister’ in the current administration,” he asserted.

“For the individual bondholders to accept the programme, there must be some collective engagements but if the likes of Gabby are all the time seen in tweets forcing the programme down the throat of the bondholders would it work?” he quizzed rhetorically.

He was quick to add that the bondholders are not ignorant people but the middle class in society.

“These are not walkovers,” he warned.