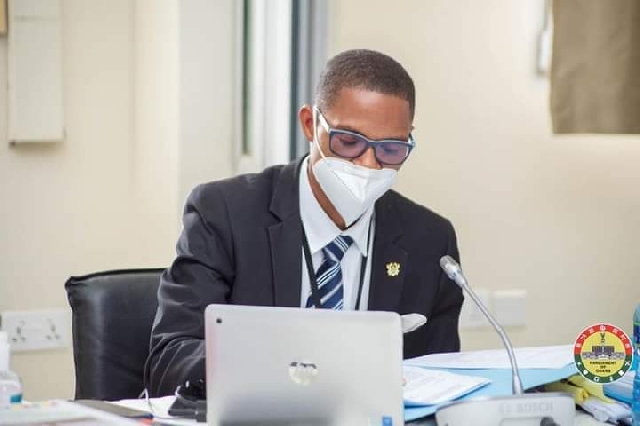 The member of parliament for the Madina Constituency, Mr Francis-Xavier Sosu, has initiated a private member bill on compensation for unlawful arrest, detention and conviction.

Mr Sosu argues that in the absence of any clear legal basis for computing compensation, the courts/judges are left to exercise their discretion.

In the exercise of this discretion, he said, the compensation awarded to persons who have been wrongfully convicted, detained and arrested have not been satisfactory, as compared to the kind of wrong suffered by the person due to the wrongful act committed by actors of the state agencies.

The lawmaker hopes that the compensation act will clearly define what amounts to wrongful arrest, unlawful detention, malicious prosecution and wrongful conviction.

He said the Act will also provide a formula for calculating compensation units on an hourly, daily, weekly, monthly and yearly basis and provide the circumstances under which a particular compensation must apply as against the already-defined areas of compensation.

The human rights lawyer also believes the Act will cure the mischief of abuses by security service persons and the general injustice meted out to Ghanaians who are alleged to have come in conflict with the law. 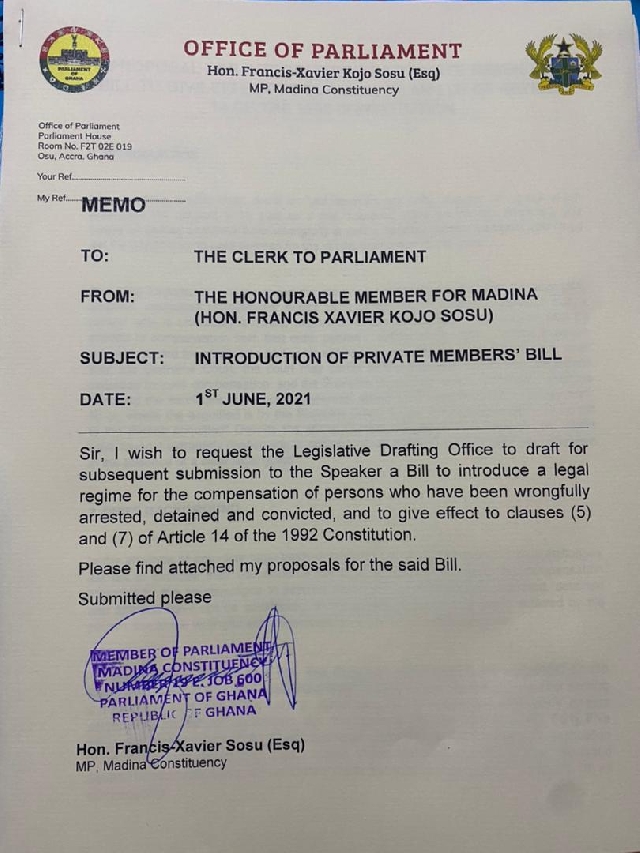 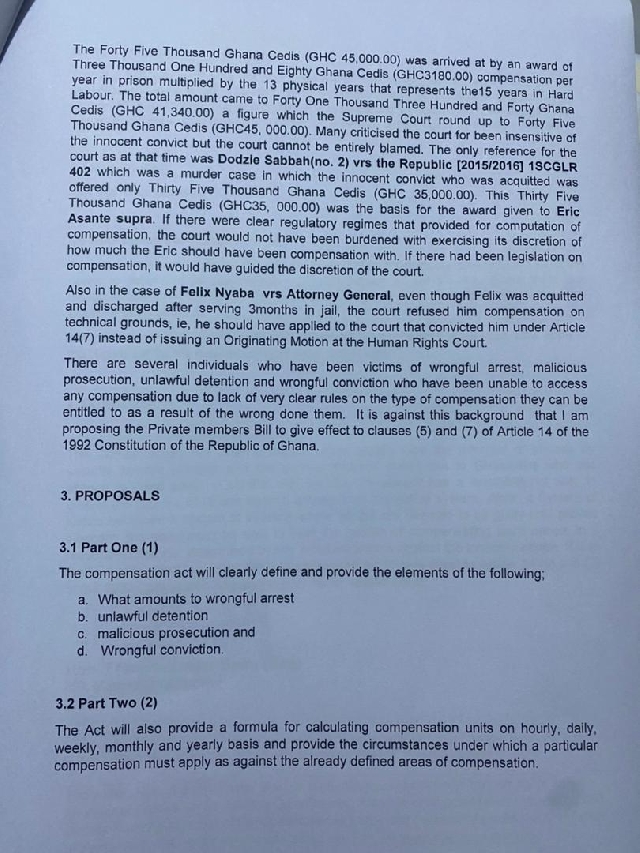 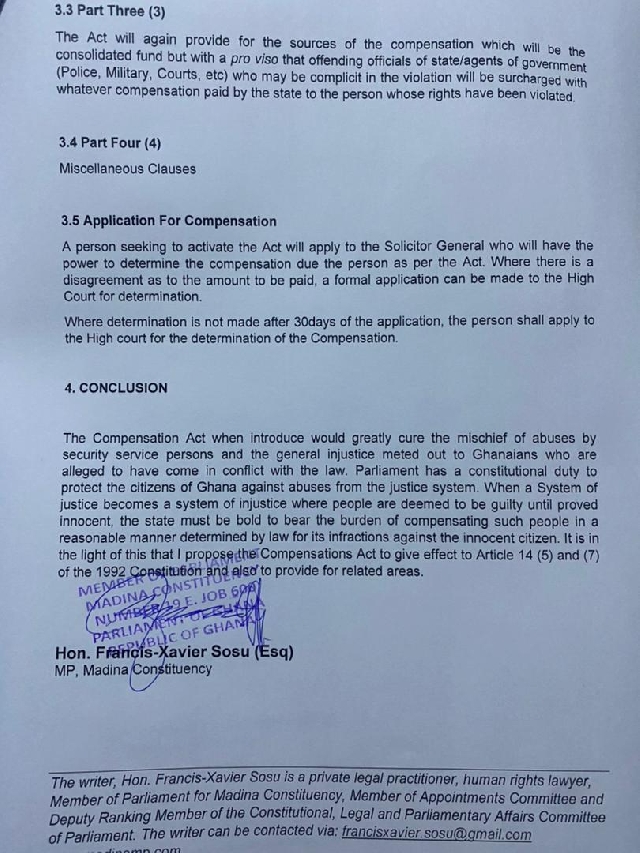