We had to yank him off; he pulled a gun on my men – Kan-Dapaah justifies Opare-Addo's violent removal 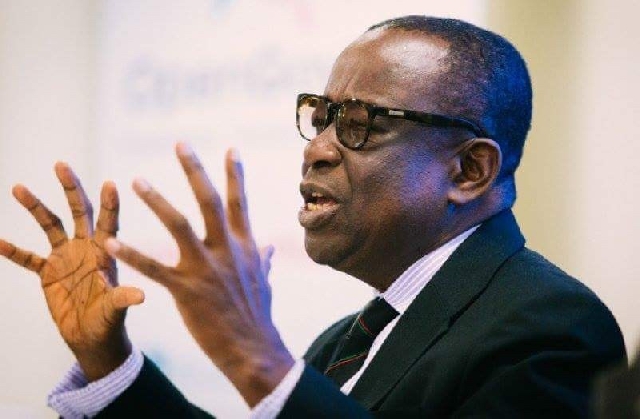 Mr Kan-Dapaah told parliament on Wednesday, 23 June 2021 that his office had to resort to yanking DCOP Opare-Addo out of office after he resisted several attempts to get him to leave voluntarily.

DCOP Opare-Addo was relieved of his duties on claims of non-performance and alleged criminality.

Speaking to the issue on the floor of parliament, Mr Kan-Dapaah said: “The reasons for the termination of the appointment were clearly spelt out in the letter of termination”.

“We do not think it is appropriate to say publicly what the reasons were but DCOP Opare-Addo will admit that the reasons for the termination were made known to him.”

According to Mr Kan-Dapaah, DCOP Opare-Addo got violent when the operatives attempted talking him into voluntarily exiting office.

“On arrival at his office, the personnel duly introduced themselves but were met with acts of hostility by DCOP Opare-Addo, including drawing his side gun”, he revealed.

“The personnel managed to restrain him and retrieved the side gun,” Mr Kan-Dapaah said.

He also expressed scepticism about claims by DCOP Opare-Addo that he was assaulted by the National Security operatives.

“Till date, no official complaint has been made by DCOP Opare-Addo, either to his immediate boss, the National Security Coordinator, or to me, as the sector minister, regarding the alleged assault on him”.

“Neither has the Ministry of National Security received any correspondence from the Police in relation to the allegation by DCOP Opare-Addo”.

If any such complaints are lodged, Mr Kan-Dapaah said his office is ever ready to investigate them.