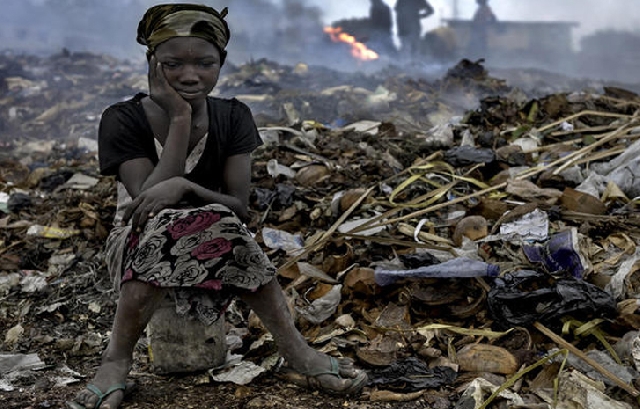 Between 2011 and 2017, the number of Ghanaians living in multidimensional poverty reduced by 14,115,572, the Ghana Statistical Service’s Multidimensional Poverty Index (MPI) report has said.

The MPI report used the seventh round of the Ghana Living Standards Survey (GLSS) conducted between 2016/2017 survey periods.

It employed a strict harmonised dataset from the Ghana Multiple Indicator Cluster Surveys (MICS) conducted in 2011 and 2018 for trend analyses.

The Alkire-Foster methodology was used to measure the MPI for the country.

Following the three broad dimensions of the global MPI in Health, Education and Living Standards, 12 respective indicators were used to reflect national priorities in the MPI structure.

GSS said focusing on the three central statistics of the MPI, the analysis suggests that between 2011 and 2018, multidimensional poverty has reduced in Ghana in all the measures. (MPI, incidence and intensity).

The report said the MPI decreased from 0.298 to 0.236 between 2011 and 2017 and the difference is “statistically significant” at the one per cent alpha value.

The report noted, however, that “though the MPI increased by 0.011 between 2017 and 2018, the increment is not statistically significant”.

“This means over the period, the number of people living in multidimensional poverty in Ghana reduced by 14,115,572 people”, the report explained.

Additionally, it said the “intensity of poverty declined from 54.2 per cent to 51.7 per cent”.

“The decline in the incidence and intensity of poverty are both statistically significant”, it added.

The report noted that except for overcrowding, school attendance, school lag, and nutrition, the censored headcount ratios for all the remaining indicators “declined significantly between 2011 and 2018, with the largest absolute reductions recorded for electricity, cooking fuel, sanitation and water”.

“The increase in housing in 2017 may be a result of different categories available in the survey question in GLSS compared to MICS”, the report explained.

“Our results show that 45.6 per cent of Ghana’s population are multidimensionally poor. The indicators that contribute most to multidimensional poverty in Ghana are lack of health insurance coverage, undernutrition, school lag and households with members without any educational qualification. The intensity of poverty is 51.7 per cent, meaning that poor people experience, on average, more than half of the weighted deprivations. The MPI, which is the product of the incidence and intensity of poverty, is 0.236. Comparing the incidence of Ghana’s multidimensionally poor of 45.6 per cent to the incidence of consumption expenditure poverty of 23.4 per cent revealed a difference of 22.2 percentage points”, the report pointed out.

The analysis, therefore, suggests that a majority, constituting approximately 82.3 per cent of people who are monetary poor are also MPI poor.

“The reverse, however, is not true”, the report noted, noting: “A greater proportion of the MPI poor (26.3%) are not monetary poor and would, thus, be excluded from any poverty policy initiative based on the monetary measure”.

“We also observed statistically significant progress being made across all of the 12 indicators of multidimensional poverty among the poor except inadequate housing and school attendance”.

“Based on our results, it is paramount that resources are allocated to the Health Sector (health insurance coverage and nutrition) and efforts coordinated to increase school attainment among the populace and reduce the number of school-age children that are not in school and their counterparts who are two or more years behind in school.

“Complementary policies should also be adopted to reduce the co-occurrence of multidimensional and consumption expenditure poverty in the country. Going forward, the Ghana 2020 Population and Housing Census will engender MPI analyses at the district/municipal and locality levels to inform specific and efficient allocation of resources”, the report added.

It also noted that non-monetary poverty measurements have received considerable attention in recent years, explaining that this is partly in view of the unanimous consensus that the monetary approach to poverty measurement is narrowly-focused on consumption expenditure or household income.

Both measures, it noted, provide holistic information for public policy formulation and action.

The results from the MPI are expected to engender the monitoring of social progress of individuals and households toward meeting the Sustainable Development Goals (SDG) in Ghana.

With a decade remaining to the closure of the SDG, the GSS said the report is timely in Ghana and will feed into public policy formulation and retooling to address emerging issues.

The results of the National MPI for Ghana reveal significant differences between rural and urban areas, and between the Savanna and other ecological zones.

GSS said even though the results showed that Ghana’s multidimensional poverty has decreased significantly between 2011 and 201, “the decline in the absolute number of the poor across the poorer and least poor regions of the country does not suggest pro-poor poverty reduction”.

Also, the report said comparing the incidence of multidimensional poverty on one hand, and consumption expenditure poverty on the other, revealed that the latter registered higher levels compared to the former.

“Regional rankings of both measures revealed the Northern region as being the poorest in multidimensional poverty, whereas the Upper West is the poorest in terms of consumption expenditure poverty.

“It is, therefore, paramount to prioritise the use of resources in order to reduce the high deprivations in the indicators of wellbeing”, the MPI report recommended.

“Against the backdrop that the percentage of multidimensional poor individuals deprived in each of these indicators varies across ecological zones and administrative regions, it is important to prioritise and sequence policy actions as functions of the percentage of individuals and households facing each deprivation”, the report said.

Regarding child indicators, the report suggested that “it is pertinent to mention that the government should continue working with the existing institutions on reducing deprivations in school attendance, school lag and child undernutrition”.