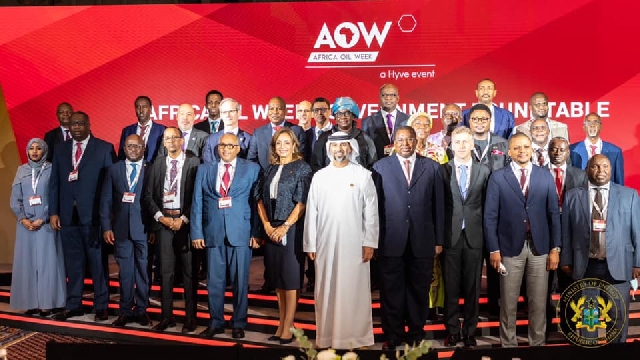 Mr Mercer, who is representing his boss, Dr Matthew Opoku Prempeh at the conference, was accompanied by the CEO of the Petroleum Commission, Mr Egbert Faibille Jr.

Among other things, Mr Mazrouie shared with his fellow ministers, UAE’s energy strategy launched in 2016, which aims to reduce the country’s CO2 emissions by 70 per cent, increase the solar power contribution in its energy mix to 44 per cent and cut down its reliance on fossil fuel by 50 per cent with 2050 as the target.

He stressed the need for long-term planning, which, he noted, should entail a balancing of factors such as security of supply, affordability of available energy source and sustainability.

He further stressed the need for African countries to forge interconnectivity pertaining to energy-related projects, adding that such alliances would attract investors.

Dr Amani Abou-Zeid, Commissioner for Infrastructure and Energy of the African Union, said as a matter of urgency, the AU was in the process of holding a meeting of African Ministers of Energy to form a united front in the wake of the energy transition, which threatens to leave many developing African countries with stranded assets.