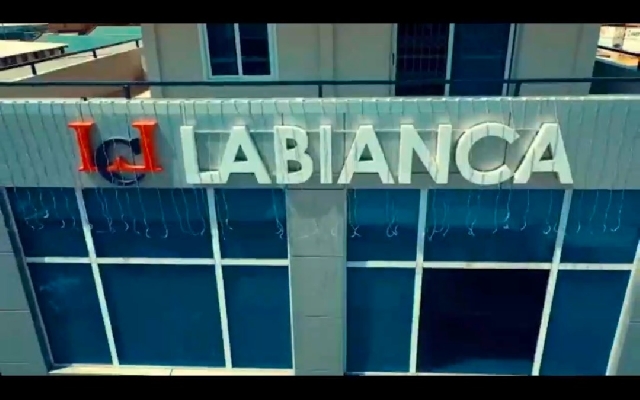 The OSP earlier in the month in a statement said it had recovered a sum of GHS1.074 million from Labianca Company Limited to the state.

The amount it noted represents a shortfall in import duties the frozen foods company paid to the state.

The OSP in its investigative report accused Ms Asomah-Hinneh of influence-peddling for allegedly using her position as a member of the Council of State and member of the Board of Directors of the Ghana Ports and Harbours Authority (GPHA) to get a favourable decision from the Customs Division of the Ghana Revenue Authority (GRA), which led to a reduction in the tax liabilities of Labianca Limited.

The Special Prosecutor also directed the opening of a wider investigation in respect of the issuance of the tax liabilities.

In response, Labianca also in a statement said it takes the findings of the OSP seriously and have consequently instructed its lawyers to take the necessary action of the matter.

The company said over the years, it has in accordance with due process, applied for customs advance rulings under the Customs Act 2015 (Act 891).

“Indeed, over the years, the company has been tax compliant and has discharged all its obligations dutifully. Due to the nature of the operations of importers like us, the Ghana Revenue Authority, per Act 891 conducts periodic post clearance audits to determine possible undervaluation or overpayments of taxes," Labianca's statement read.

Explaining why it supposedly paid some GHS1million to the state as tax shortfall, it said “the assumption of jurisdiction by the OSP on such post clearance audit and our settlement of such taxes arising from such an audit is not synonymous with corruption and corruption-related activities by the company. The several communications between the Office of the OSP and the Special Prosecutor and the company confirm this”. 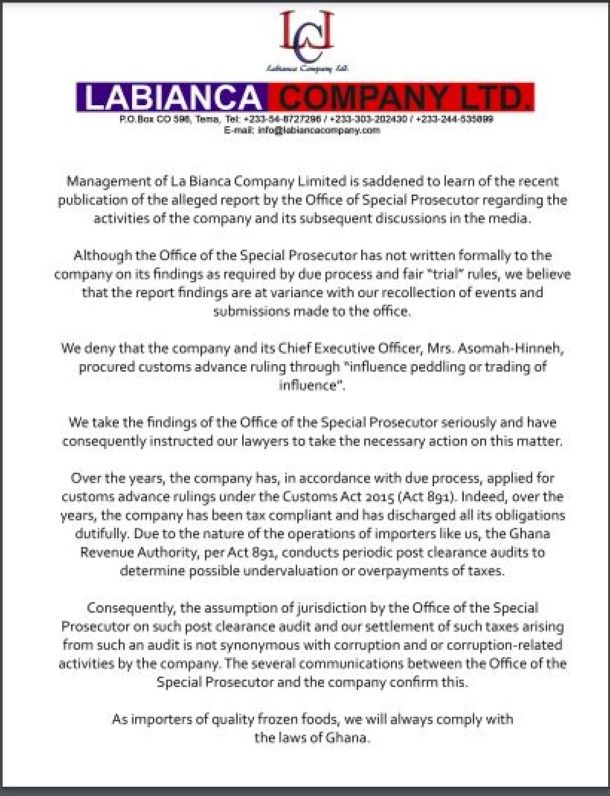