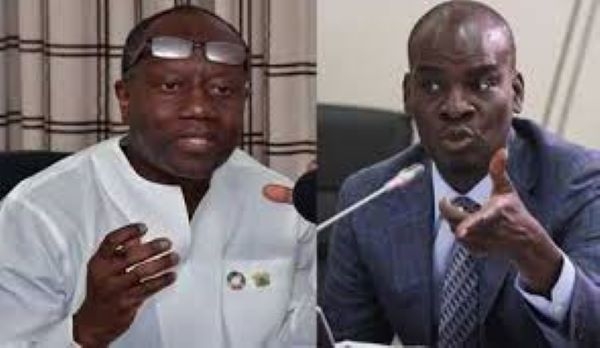 The Minority Leader in Parliament, Mr Haruna Iddrisu, has said COVID-19 or not, the Nana Akufo-Addo-led government cannot deny borrowing money to enhance the economy and accused Finance Minister Ken Ofori-Atta of violating and sidestepping the necessary procedures in borrowing $10 billion from the Bank of Ghana recently to cushion the economy against the shocks occasioned by the pandemic.

The government borrowed the money from the central bank under the COVID Emergency Fund.

In a debate on the mid-year budget review on Wednesday, 29 July 2020, Mr Iddrisu accused Mr Ofori-Atta of relying on Section 30(6) of the BoG Act to borrow the $10 billion without resort to Parliament.

“We’re a serious house”, he said, adding: “The Minister of Finance must take us seriously”.

“You cannot come and want to expend 10 billion just by a mere statement. It is not procedurally acceptable”, he insisted.

Mr Iddrisu said: “Borrowing is borrowing, either borrowing under COVID or outside COVIDC or beyond COVID. You took USD10 billion”.

Meanwhile, the Finance Minister has justified the need to borrow the USD 10 billion from BoG.

Speaking with the parliamentary press corps, Mr Ofori-Atta said: “When you look at the CARE and the CAP programme, what did we spend the money on? The lockdown period, the average Ghanaian not being able to access food, lifeline, electricity; I mean the issue of governance is to make sure that you keep your people alive. It’s very easy to say: ‘Cut it out’, until you see people on the streets. This is a government that cares and will not compromise the lives of our people in any way”, Mr Ofori-Atta noted.

Also, Mr Iddrisu noted that the Akufo-Addo administration is only building upon the gains made by the previous Mahama-led government.

“He [Ken Ofori-Atta] was talking about some stability with labour and its social partners; he should thank the NDC and, probably even thank us when we were at the Ministry of Employment and Labour. We ironed out all those difficulties including matters relating to pension”.

“So, you’re only building upon all those gains, and don’t come and create an impression that Ghana has reached its zenith in terms of its development”, Mr Iddrisu said.